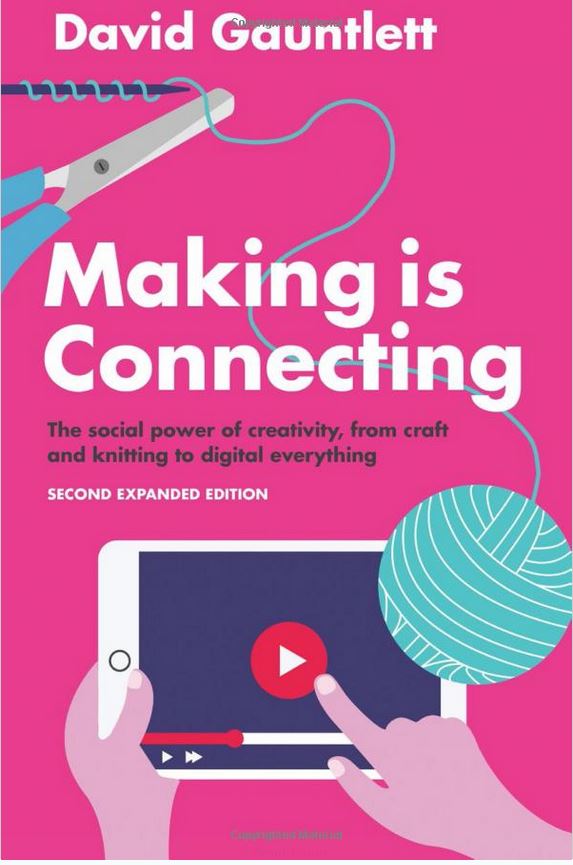 David Gauntlett who is an avid LEGO player and fan has just issued his second edition of the classic Making is Connecting 1st Edition book. In his book he talks about the value of crafting stuff with your hands and with your mind.

It was one of the first books that I read when I got into the world of LEGO SERIOUS PLAY methodology. What David did so beautifully in this book was arguing about how creativity and craft go hand in hand. He also suggests that re-emergence of do-it-yourself movement all around the world as a counter act to mere consumption helps to shape people who are happier, better connected to their communities, and better able to initiate change  in themselves and in others. All of this thinking comes with rich illustrations using LEGO SERIOUS PLAY methodology and underlying philosophy.

I haven’t had the chance to open the new edition of this book yet, but the Amazon preview reveals that the 2nd edition replaces chapters on Web 2.0 and adds stuff on creative process, on making music and on creating creative platforms. Sounds cool to me!

See David’s video introduction of the second edition of the book below and pre-order the book itself via Amazon: Making is Connecting 2nd Edition.