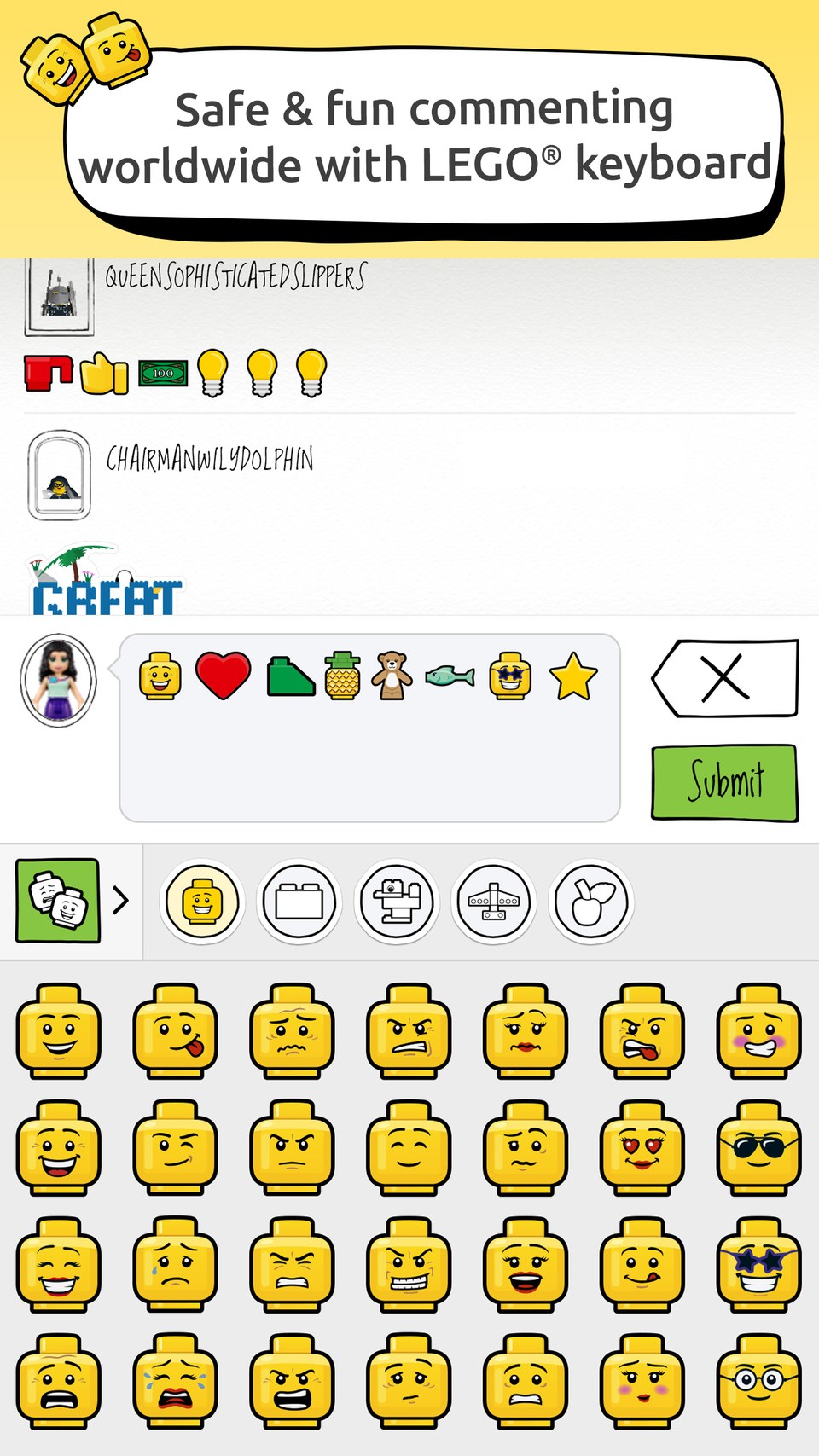 Wired Magazine featured an interesting story on new LEGO Social Network for Kids, written by Brian Barrett. Not the core topic for the facilitators dealing with LEGO Serious Play, but lots of interesting and fun facts about LEGO anyway. Thank you for sharing, Jacob!
Enjoy the story …

There are Lego bricks and Lego movies, Lego videogames and Lego books. The stackable, sortable plastic molds permeate all corners of society. Today, it carves out a new space online: Lego Life, a social network built specifically for kids. The entire experience is contained within an app that’s available in the App Store and in Google Play.

A place for kids to share their Lego designs makes sense enough; niche communities provide the internet’s foundation. What’s most interesting about Lego Life, though, isn’t that it exists. It’s how Lego worked to create a pastoral place on the internet, one where the exchange of ideas and inventions remains unsullied by, well, the usual.

From far enough away, Lego Life looks a bit like a brick-themed Instagram. It has all the standard social network elements: a newsfeed, profiles, and the ability to like and comment. A closer look, though, reveals a careful crafted ecosystem designed with safety at the top of mind.

There’s the sign-up process, for starters. Anyone under 13—which is to say, the bulk of the core audience—needs permission from parents to join, which is obtained by providing mom or dad’s email address and getting separate confirmation. (Lego doesn’t explicitly keep people older than 13 out of Lego Life.)

Could a savvy nine-year-old fake her way through that process? Possibly! But the real work of making Lego kid-friendly comes after that initial hurdle.

For starters, Lego Life assigns new participants an anonymous, randomly generated user name. Rather than roaming the digital corridors as Johnny Tween, they’ll go by three-word jumble, like DukeCharmingShrimp. They are no profile pictures here, either; instead, users can trick out minifig avatars with a range of clothing, hair, and accessories. Even if a kid did make their avatar as close to their real appearance as possible, there’s little risk of identifying features, unless that child has a lemon-yellow head the shape of a propane tank.

Then there’s the newsfeed itself, populated by a mix of branded content (hello, Lego Batman!), suggested builds to try, and user uploads of projects they’ve worked on at home.

“When you first use the feed, it’s kind of random,” says Rob Lowe, who headed up Lego Life. “It’s a mix of user-generated content, things they make themselves, and things that we’ve created, like challenges” that are the Lego version of a writer’s prompt. Rather than let the possibilities of a pile of bricks overwhelm, Lego Life will suggest something as simple as building something green. “If you put a little constraint in, it helps things creatively.”

There’s even a “visualized hashtag system,” as Lowe calls it, that lets kids quickly navigate to their favorite Lego sets or themes. As kids start to like certain types of content, or builds from certain users, their feeds will start to adjust accordingly.

At this point, and even more so if you have kids, you may be cycling through all of the ways in which this could go terribly wrong. This is, after all, the internet, a place that’s as reliably cruel as it is gross. Fear not! Lego knows this too. And while no digital parcel is truly horror-free, Lego Life has devised some clever safeguards.

Lego uploads a large amount of content to Lego Life directly. These are the challenges, the recommended builds, the Ninjago tie-ins. That part’s easy to keep strictly PG. As you might suspect, user uploads are a whole other issue.

The types of content that need to stay off Lego Life aren’t just those with adult themes; they’re the ones that say too much about the person who made them.

The first line of defense against adult content finding its way into the Lego Life feed is also the most obvious: Lego has partnered with a content moderation company that combines algorithmic and human detection, to screen every single image before it goes on the site.

Simple enough, and also how Lego ensures that every image is Lego-specific. But Lego Life needs more robust protections than you’d find on Facebook or Instagram. The types of content that need to stay off aren’t just those with adult themes; they’re the ones that say too much about the person who made them. A minifig avatar isn’t much good if a real-world selfie shows up on the site. And the cases only get more fine-tuned from there.

“There was some really interesting stuff where kids were uploading selfies, which got rejected because they had their faces on them,” says Lowe. Because children are devilishly adaptive, they took those same pictures, but put Lego minifig stickers over their faces in the app, leading to an extensive internal debate over whether even that was overly identifying. It was, says Lowe. “We always err on the side of caution.”

That applies too to the product roadmap, which includes the ability to upload user-generated videos. Again, standard moderation should keep things age-appropriate. But narration’s a no-go for children under 13 without verified parental consent, an FTC-mandated process that involves a mother or father submitting a government-issued ID, as well as a digital photo, before certain permissions are granted. That’s something Lego Life will roll out at some point, but for now it’s focusing its video efforts on stop-motion. Likewise, it won’t roll out any kind of chat system until it decides on a way to confirm that two people know each other in real life.

In fact, Lego Life’s key innovation may be that in most cases, users can’t type any words at all. Instead, they’ll .

Don’t read the comments. That’s rightly a popular online refrain. Anywhere multiple people congregate to fire off missives into the dark, often anonymously, inevitably devolves into a horrorscape insults and misanthropy. Which is not very Lego.

The Lego Life answer, which also happens to benefit a user group at varying reader comprehension levels? Leaving the comments, but limiting them to a range of carefully selected emoji.

“We went on a journey of testing out a bunch of different images, asking kids how they would express a certain emotion,” says James Lema, Lego Life’s creative director. “We put a bunch of cards in front of the kids, and asked them to make a sentence using different emoji.”

The range of responses was wide. Some kids meticulously tried to replicate a full thought, while others slapped down three hearts and called it a day. The universal learning, though, was that the best way to foster positivity was to create a wordless language steeped in it.

There’s no thumbs down in Lego Life, for instance, and Lema says certain combinations of emoji that could be construed as negative have been removed. (He can’t remember which, specifically, but safe to say the keyboard has no .)

That’s all in addition to the more obvious, first-order benefits of emoji, which is that it’s a universal language—important for a social network that’s launching in eight countries and multiple languages simultaneously, with more to come.

Most of all, the emoji keyboard, like Lego Life itself, should be adaptable. If kids do find a way to be cruel to one another—they always do—Lego can snuff it out with a software update. Both Lowe and Lema see Lego Life as a continuous work in progress, as adaptable as its young user base.

“Sometimes you have to put things out there and be surprised, and either pivot, improve, or take down,” says Lema. “We’re absolutely building in the ability to be surprised.”

Which doesn’t sound too different, really, from how all the best Lego builds are made.