The Bricks that Keep Building – About Lego History

This post was published in the Norwegian airlines magazine. Text by Mandi Keighran / Photos Alex Howe 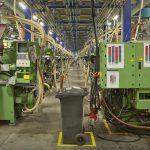 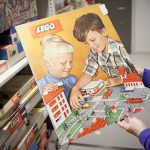 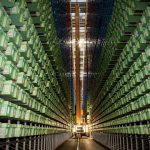 Lego has grown by more than 40 per cent every year for the past five years. After a near-collapse in 2003, and with the rise of Minecraft, we ask how. There are over 400 billion pieces of Lego in existence. That’s more than 80 interlocking Lego toy parts for every person on the planet. Lego now exists on our iPhones and game consoles; and when the trailer went up for The Lego Movie, released early next year, starring Will Ferrell and Morgan Freeman, six million people saw it in the first week.

However, just 10 years ago the Danish company behind this massive global phenomenon was on the verge of going bust. “In 2003, Lego was universally acclaimed as the greatest toy of the 20th century,” says David Robertson, the author of Brick by Brick, a book on the business behind Lego, “yet the toymaker was months away from insolvency.” Brick by Brick: How LEGO Rewrote the Rules of Innovation and Conquered the Global Toy Industry

How, exactly, did the Billund-based company go from near-collapse to last year becoming the world’s most valuable toy company, with a value of US$14.6 billion (NOK87 billion), after profit increases of more than 40 per cent every year for the past five years?

The Lego story begins at the height of the Great Depression in 1932, when Danish carpenter Ole Kirk Christiansen began making simple timber playthings to supplement dwindling orders. Two years later, toys – in particular a timber duck on wheels – were the focus of a growing business. Christiansen called the company Lego, a contraction of leg godt (Danish for “play well”), and, in 1946, bought Denmark’s first injection-moulding machine, making the jump from wood to plastic. When he began work on a modified version of American toy designer Hilary Page’s Kiddicraft Self Locking Bricks, the foundations were laid for one of the world’s most successful brands.

What had been simple bricks grew to encompass tiny human-like characters: Minifigures. Collections of parts were packaged together in the factory in Billund so children could create specific worlds: knights in medieval castles or astronauts in space. Between 1978 and 1993, the company doubled in size every five years. By the early 1990s, sales were well over US$1 billion (NOK6 billion) – and then things started to go wrong. 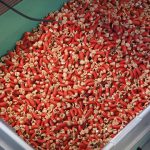 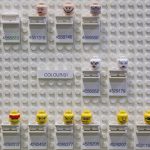 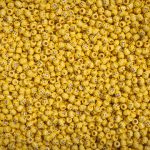 Lego began to think too big, branching out into entertainment, clothes and watches, while trying to appeal to girls as much as their core market of boys aged five to nine. “Innovation was one of Lego’s greatest strengths during its early years,” says Robertson. “But in the late 1990s this innovation became a scourge. Amid all the blue-sky thinking, they lost sight of what they’re really about.”

The most spectacular of these failed product lines, according to Robertson, was Galidor, a Power Rangers-like line of action figures introduced in 2002 that spawned McDonald’s Happy Meals, video games, DVDs and a live action TV show that apparently left top executives “gobsmacked with disgust” when they first saw it.

By 2003, after six years of falling sales, Lego made an operating loss of DKK1.6 billion (NOK1.73 billion) and was sitting on DKK5 billion (NOK5.4 billion) in debts. As US rivals Mattel circled for a takeover, the company was in danger of going under. Christiansen’s heirs decided to stand by the family business, and took swift action. They injected DKK800 million of their own money into Lego and appointed Jorgen Vig Knudstorp, a former management consultant at McKinsey, to get the company back on track. The new CEO decreed that the company had “become arrogant” and had stopped listening to its customers. So he set about masterminding a recovery. 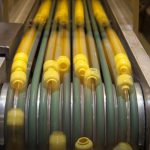 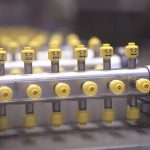 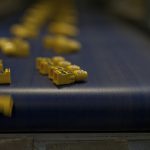 In March 2004, 3,500 of Lego’s 8,000 employees were laid off and, over the following three years, close to half the 2,400 Lego employees in Billund lost their jobs; production moved from Switzerland and America to Eastern Europe and Mexico (although many of the components are still manufactured in the Billund factory); and a simplified management structure was introduced. The rest of the solution was relatively simple: Lego looked back to the original values on which it was founded.

“We were getting off track and realised that having a strong brand wasn’t enough,” says Jørn Lykke Strange, Vice President Nordic/Benelux at Lego. “Even if you are good at developing and offering play sets based on construction toys, that doesn’t necessarily make you the best movie producer. We learnt that through the difficult years.

“Our traditional values are still very important,” Strange continues. “Our success after the problems has come from being true to the core of the company.” That core is the “system of play” – a notion conceived by Christiansen’s son, Godtfred, who took over the company in 1958 – by which every Lego element is compatible with any other. Innovation now is focused on brick-building and play – Strange says that every Lego meeting room has bricks in it, and that the company aims to “nurture the child in each of us”. 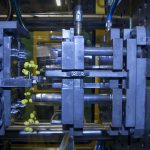 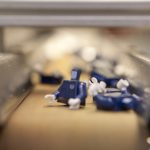 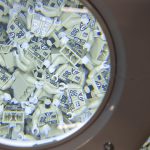 As part of the re-focus, Lego also shed any aspect of the business outside that core. They sold off the Legoland parks and stopped producing video games, television programmes and other products, and instead began working with partners who are experts in their specific fields.

If anything, the Lego “extras” have only proliferated, from video games to a consultancy called Lego Serious Play, which helps businesses to think creatively. But Lego has only given its name to the best – its six theme parks, including the new Legoland Florida, are run by Merlin, the world’s second biggest amusement park operator; its illustrated books are made by respected publisher Dorling Kindersley; and the new stop-motion movie – in which an unlikely (Lego) hero has to save the world – is being produced by Warner Brothers.

Crucially, Lego has also learned to embrace rather than shy away from the rise of digital play. Take Swedish gaming phenomenon Minecraft, which could be described as digital Lego – instead of seeing it as a threat, Lego has produced various Minecraft-themed play sets. “What we see with children,” says Strange, “is that they play across platforms, and for them to fully engage with something they expect to be able to play with it on different platforms. We see the digital world as an extension to the physical play we are offering.”

For example, Legends of Chima, the new “adventure” launched this year by Lego, comprises play sets and mini-figures alongside a video game, an iPhone app, an interactive website, and a television series – all produced by companies outside Lego, leaving Lego to focus on what it does best.

“The core of Lego will remain our core in the future,” says Strange. “We realise that reality changes fast, so one of the things we are focused on is to be adaptable. Even if the world becomes more digital and children play in new ways, we believe in the value of Lego play. There’s something fundamental about taking two bricks and putting them together with your own hands – you can go to a kindergarten anywhere, give the kids some Lego and they’ll start building.” With crisis averted, the future looks bright – and brick-like.

1934
A competition is held to name the company. Christiansen chooses his own entry: Lego

1966
The company’s most successful series to date is released: the Lego train system

1969
Duplo, a new line for pre-schoolers, is launched

1978
The first ever Minifigures are created

1978
The Lego Technic line is developed

1980
Lego establishes the Educational Products Department, specifically to expand the educational possibilities of their toys

1999
The Star Wars range is launched. It remains the company’s most successful line

2001
In a first for Lego, a larger action figure called Jack Stone is launched. The product line is a complete failure

2003
Lego Minifigures are given “more authentic” facial features and skin colours to represent real people or characters from books, TV and films

2004
The company announces a tie-in with Ferrari

2008
Cuusoo, a website that allows users to submit ideas for Lego products, is launched in Japan

2010
The Lego Taj Mahal play set is released. With 5,922 pieces, it is the largest set ever produced

2012
Lego Friends, a new series aimed at the girls’ toy market, is launched

2012
Lego becomes the world’s most valuable toy company, valued at US$14.6 billion

2013
A 1:1 Star Wars X-wing Starfighter, made of over 5 million bricks, is the largest Lego model ever created