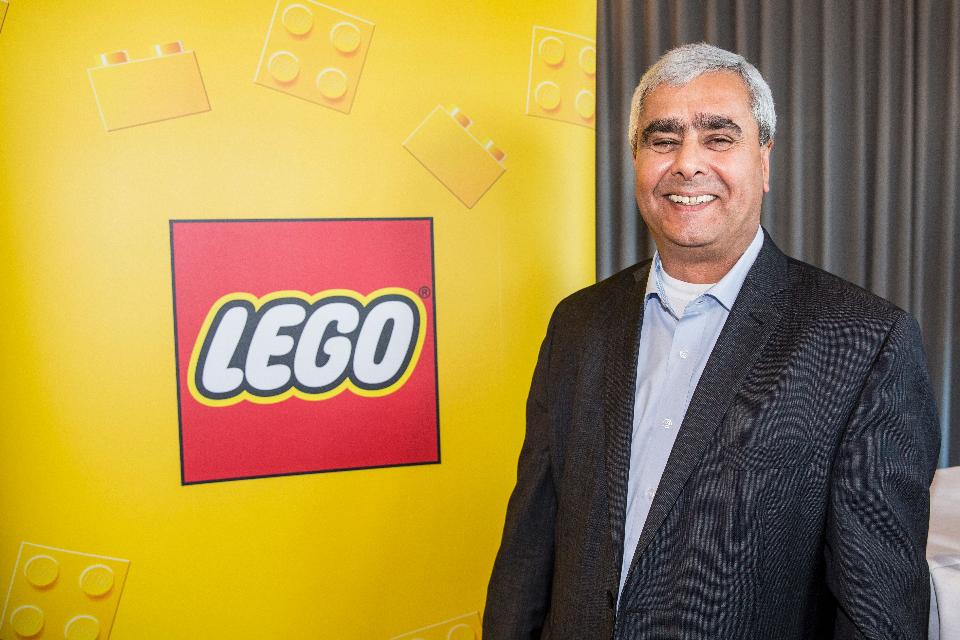 From Reuters Newsline and The Hindu

Danish toymaker Lego is to appoint its first foreign CEO and give its family owners a bigger role in developing the Lego brand under an organisational shake-up that will see incumbent Jorgen Vig Knudstorp step down by the end of the year.

Briton Bali Padda, currently chief operations officer, will replace Mr. Knudstorp, who was the first chief executive from outside the Kristiansen clan, Denmark’s richest family. Mr. Knudstorp will now head up the Lego brand, the company said on Tuesday.

The growth has come from rising demand in Asia and embracing the digital era. Even as the global toy market shrank after the2008 financial crisis, Lego bucked the trend by tying up with global movie franchises like Star Wars, Harry Potter and Indiana Jones in deals that span Lego sets, video games, movie franchises and smartphone applications.

The owner family will now become active in brand-related activities, including the group’s stake in Merlin Entertainments, operator of the six Lego land theme parks, and in Lego Education used in schools.

Mr. Knudstorp, after becoming CEO at the age of 35 in 2004, a year after Lego flirted with bankruptcy, set about reviving Lego’s core business. That included firing consultants and hiring new designers to come up with higher-margin products that were up to date but still looked like Lego, an abbreviation of the Danish “leg godt”, meaning “play well”.

“Bali is good at setting a direction,” Mr. Knudstorp told Reuters on Tuesday, predicting that Mr. Padda will do a better job executing ideas than he has done.

“I’m more of a reflective introvert type who spends a lot of time thinking about what we should do and try to inspire others to do it,” he said.

“He has a more social and involving way of managing, and I think many in Lego look forward to that,” Mr. Knudstorp said.

The change at Lego also reflects an attempt to keep the spirit of a family-owned business alive, after the company’s staff increased to 18,500 from less than 5,000 in 2004, Mr. Knudstorp said.

Under his leadership, sales increased by more than 15 per cent a year on average. Last year, revenue grew by 25 per cent to 35.8 billion Danish crowns ($5.2 billion) with net profit of9.2 billion crowns, making it the world’s most profitable toymaker.

“The growth looks more subdued this year, which I actuallythink is a really good thing because we need time to consolidate,” Kjeld Kirk Kristiansen told Reuters on Tuesday.

The company said its new brand group will help it reap “untapped potential in the LEGO brand.”

“With our recent growth and globalisation come new and exciting opportunities for the brand, and we establish the LEGO Brand Group to look into these new opportunities,” said Thomas Kirk Kristiansen, fourth generation co-owner of the LEGO Group.

Lego wants to intensify existing partnerships, including with Merlin Entertainment, the operator of the Lego land theme parks. Lego owns 36 per cent of Merlin.

Lego’s colourful plastic bricks will remain at the centre of its product range, said Mr. Knudstorp, who on a previous occasion told Reuters he personally spends on average two hours a week playing with Lego.

The toymaker’s future growth will include expanding its presence in countries like China and India, where Mr. Padda was born and lived until he was 12.

“It has to build on what we call the Lego idea, which is the idea of being a creative problem solver, and that you can use your imagination to make an indefinite number of different things,” Mr. Knudstorp said.