LEGO® Professor of Play in Education, Development and Learning announced 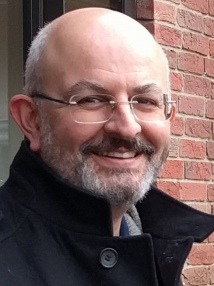 The University of Cambridge has appointed a world-leading researcher as the first LEGO Professor of Play in Education, Development and Learning.

The Centre for Research on Play in Education, Development and Learning (PEDAL) was established in 2015 with a £4 million grant from the LEGO Foundation which also funded the leadership role which will be taken up by Professor Paul Ramchandani.

Having spent the past 15 years pursuing research focussed on child development Ramchandani, who currently leads the Child and Adolescent Mental Research Unit at Imperial College, London, will take up his role at PEDAL in January next year.

Geoff Hayward, Head of the Faculty of Education said: “Professor Ramchandani has an outstanding research record of international stature. He has the vision, leadership, experience and enthusiasm that PEDAL needs, and we are delighted that he is joining us. This is an exciting area of research which we feel will throw new light on the importance of play in early education.”

PEDAL is examining the importance of play in education globally with an aim to produce research which supports excellence in education so that children are equipped with 21st Century skills like problem solving, team work and self-control.

The work of the centre, based at the University’s Faculty of Education, is currently focused on three strands of research:

Establishing a long term study of the features of home and school which promote children’s playfulness, and the outcomes of early play experience for learning and emotional well-being
Developing an understanding of the underlying brain processes involved in play, and how to measure playfulness
Devising and evaluating play-based teaching approaches

Part of the Professor’s role heading up the centre will involve translating the research into hard evidence for international and national bodies as they produce policy around children’s right to play.

Professor Ramchandani said: “I am delighted to be taking up this role at Cambridge, and working with those at PEDAL on the challenge of finding the best evidence on where play fits in children’s development and education and how that can be used to give children the best start in life.

“Everyone has an opinion about what role play should have in early education and there is some wonderful research, but there are also big gaps in our knowledge. We need the best evidence possible in order to inform the vital decisions that are made about children’s education and development and I look forward to taking that work forward together with colleagues at Cambridge.”

Professor Anna Vignoles, acting head of PEDAL until Ramchandani takes up the new post, said: “The value of play is relatively under-researched. You have people who are claiming that it enhances learning, that it’s important, that it’s good for children’s wellbeing. All of that might be true, but actually there’s remarkably little evidence for that. The aim of the PEDAL centre is to conduct rigorous research into the importance of play and how playful learning can be used to improve students’ outcomes.”

Bo Stjerne Thomsen, Global Head of Research, the LEGO Foundation said: “There is a great need for establishing play as a central arena for learning and development in the minds and actions of those influencing children’s lives. PEDAL’s research is hugely important in that regard, and we’re excited that Professor Ramchandani will be taking the helm and join the efforts to underscore the importance of children’s learning through play.”

For images and background information go to: https://www.dropbox.com/sh/32hscosdo2krgtq/AAAP7ux98Q6e7S-Sg5Sbm9_ca?dl=0

Professor Paul Ramchandani is currently Professor of Child and Adolescent Mental Health at Imperial College. He also works as a Consultant Child and Adolescent Psychiatrist in the NHS with CNWL NHS Foundation Trust. He undertook his medical studies in Southampton before obtaining a degree in Public Health from the London School of Hygiene and Tropical Medicine. He then completed training in Child and Adolescent Psychiatry and obtained a DPhil from Oxford University in 2005.Ramchandani’s research is focussed on early child development and particularly on the prevention of emotional and behavioural problems in the early years of life.

The guiding focus of the centre’s work is to develop substantial and compelling research concerned with the role of play and playfulness in young children’s learning and development, and the potential of play-based approaches within educational contexts. The kinds of skills and accomplishments that are widely recognised as being vital components of 21st century educational provision, including critical thinking, problem-solving, interpersonal abilities, emotional resilience and creativity, have all been linked theoretically and empirically to playfulness and playful learning.

PEDAL’s programme of research is well under way, including:

innovative use of GPS technology to track and observe social interactions in playgrounds;
working with teachers to develop and evaluate playful approaches to early science education;
investigating how ‘playfulness’ can be measured in the first 1,000 days of a child’s life.

About the LEGO Foundation:

The LEGO Foundation shares the mission of the LEGO Group: to inspire and develop the builders of tomorrow. The Foundation is dedicated to building a future where learning through play empowers children to become creative, engaged, lifelong learners. Its work is about re-defining play and re-imagining learning. In collaboration with thought leaders, influencers, educators and parents the LEGO Foundation aims to equip, inspire and activate champions for play: www.LEGOfoundation.com. Join us on Twitter and Facebook.

About the University of Cambridge:

The mission of the University of Cambridge is to contribute to society through the pursuit of education, learning, and research at the highest international levels of excellence. Cambridge launched a £2 billion fundraising campaign in 2015. To date more than £860 million has been raised towards that total. The Dear World… Yours, Cambridge philanthropic campaign for the University and Colleges of Cambridge focuses on the University’s impact on the world. Through it, Cambridge is working with philanthropists to address major global problems. For more information about the campaign go to: www.cam.ac.uk/YoursCambridge.