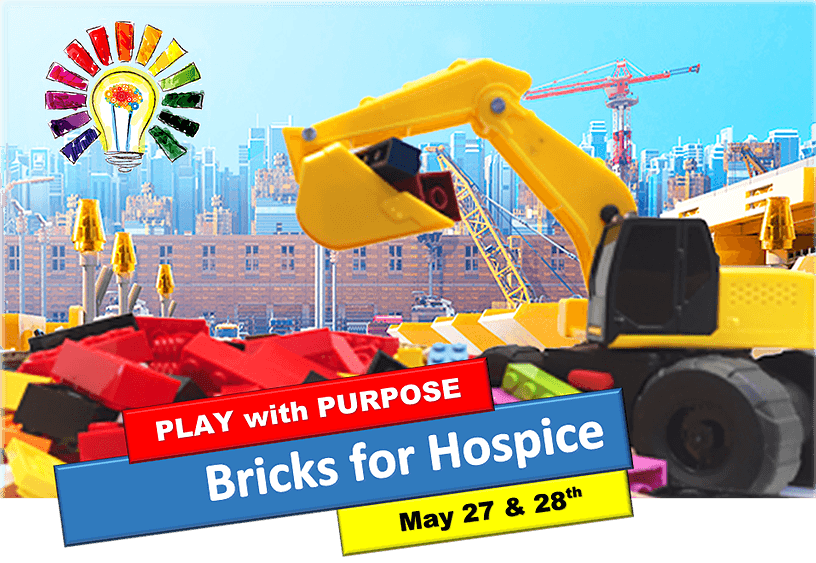 Play 4 Prosperity is bringing a team of Lego Serious Play leaders to Northgate Shopping Centre this weekend for Bricks4Hospice.

Children are invited to play for free from 11 a.m. to 4:30 p.m. both days while donations are received for the children’s playroom at Nipissing Serenity Hospice. The play schedule is 11 a.m.-12:30 p.m., 1-2:30 p.m. and 3-4:30 p.m. (with local celebrities) both days. Reserve your child’s spot at http://www.play4prosperity.com/bricks4hospice

The Escape Movement and Carte Blanche, both of North Bay, will be on hand selling limited-edition T-shirts they have created for the campaign. Shirts will be selling for $20 each with all proceeds going toward the hospice.

“When my team and I were brainstorming ways to support the local fundraiser while also supporting local business, it quickly became obvious for us to create some locally branded apparel,” said Michael Campigotto, CEO and founder of Play 4 Prosperity, the organization leading the charge on the campaign to help Nipissing Serenity Hospice to raise funds for its children’s playroom.

“The Escape Movement’s Andrew Morrison and Carte Blanche’s David Lamothe began to play off each other’s ideas,” Campigotto said. “One company, known for its contemporary and cutting-edge fashion, working with a leading local business in logo design and printing, working together to create something bigger. It’s a refreshing example of two top-tier businesses putting their skills together in a symbiotic and shining example of what living in North Bay is really about: Building local businesses to support local causes.”