Inside The LEGO House 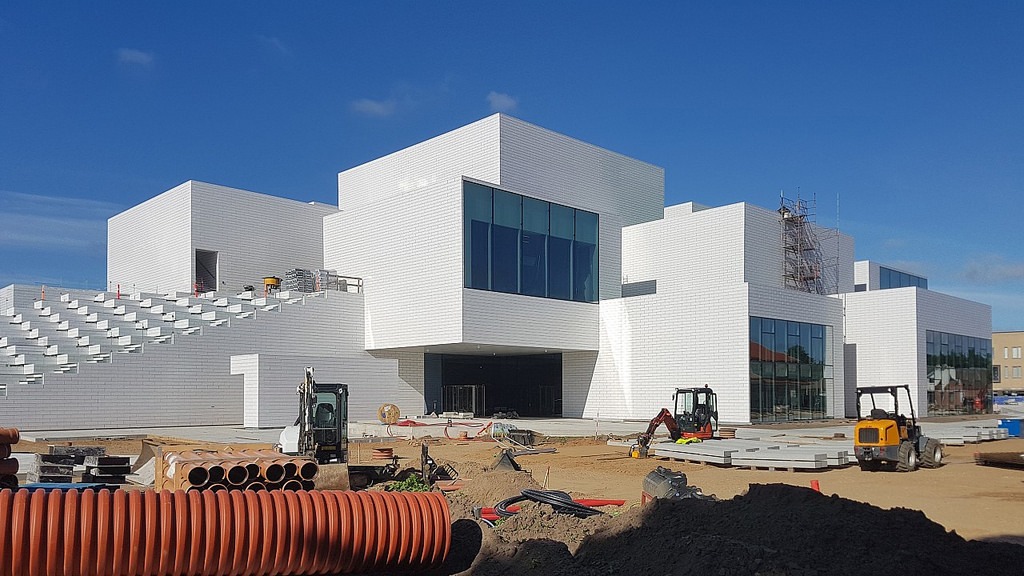 I found that Beyond the Brick today published a walkthrough video. Below you can also find a photo gallery of this amazing building. Enjoy.

This article was published in Brickset by Huw Millington. It presented the first impressions of the newly built LEGO House in Billund.

Last week’s LEGO Fan Media days in Billund were held in the LEGO House in the centre of Billund. Apparently, it was the first such use of the building, coming just two weeks after it ceased to be a ‘building site’ requiring hard hats and protective gear to access it.

After a presentation by Jesper Vilstrup, General Manager of the LEGO House and Stuart Harris, Senior Experience Designer, in which details of the flagship models were revealed for the first time, we were taken on a guided tour to see progress for ourselves.

Many of the installations are taking shape so we were able to get a good impression of what the interior will be like once it’s completed. It’s still very unfinished, though, and there appears to be a lot of work to do before it officially opens at the end of September. However, Jesper assured me that a lot of people are working on it and it would be completed on time.

View pictures of historical display in the basement, the tree in the staircase and the World Explorer display, and find out what the showcase models in the masterpiece gallery will be, after the break…

The LEGO House, designed by Bjarke Ingels, was unveiled in 2013. It was originally set to open in 2016 but the technical challenges of the pillar-less design have resulted in a year’s delay and three times the amount of steel used in the framework.

The building itself is now largely complete although its surroundings are still a very much a building site which is causing much disruption to the centre of Billund. This model, one of many at different scales that were in the atrium, shows what it’ll look like when finished. If I had positioned my camera on the the front left corner of the table it would have been at the corresponding position to when I took the one above. During the tour we ascended to the top, up the side of the orange ‘stairs’ shown in this picture of another model of the building. The top has eight ‘studs’ each with a glass pane. Here Ambrush from Bricks StackExchange, Stuart and Jesper test the strength of one while James from Jedi News looks on.

The reason for the construction delay was to enable the ground floor to be pillar-less, and the result is a huge atrium area which is light and airy. The camera does not do it justice. The floor is constructed from solid wood blocks. Our meeting room was just about the only part of the building that was complete. The basement houses a museum that tells the story of the company and its products. It was largely complete and we got a good impression of what it’ll be like, although not enough time to examine it all closely. Here are some of the earliest pieces on display.

Items from the 1970s… …and the 2000s. Someone noted on Twitter where I first posted these photos that the masks on the blue and green Bionicle figures were not right! The displays are arranged around the sides of a square area. In the middle there’s an inner room, still under construction, that will showcase hundreds of iconic sets, built and displayed with their boxes. 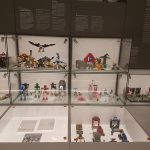 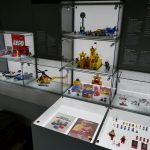 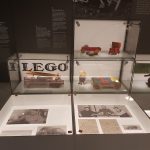 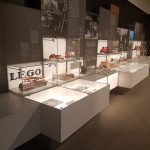 The centrepiece of the house, and the largest model in it with some 6.3 million pieces, is a tree that rises from the ground floor to the very top. It might sound slightly boring from that description but it’s a stunning piece of work full of detail as you will see below. The trunk has LEGO icons and graffiti such as Kjeld ‘carved; into it. As you descend the stairs and look down you see that on top of many of the branches there are dioramas depicting LEGO’s classic themes: City… Friends… Space… Apparently LEGO had to resort to buying some of the sets on the secondary market! Looking down you can see the exquisite detail of the leaves. The top of the tree is finished off with a crane and construction site, signifying that the LEGO story is not over, that the company is still growing and there is more to come. It’s a stunning model but a devil to keep clean I suspect, and I wonder what effect the UV from the windows above will have on it all… 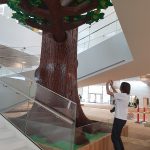 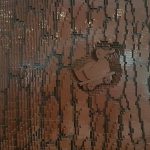 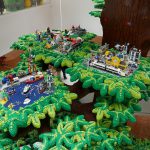 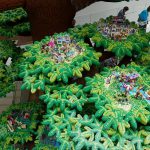 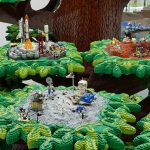 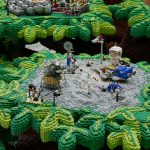 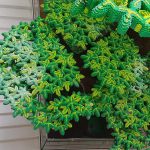 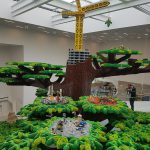 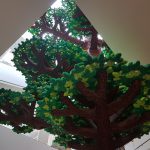 This picture shows how many of the fixtures and fittings are designed to look like they are built out of giant LEGO pieces. What could an AFOL build if they had an unlimited number of bricks and time? This huge World Explorer display, apparently!

This minifig scale model is in three clusters, a city and seaport… …a mountainous area complete with castle and snow peaks, and a island with beach and funfair, which you’ll see below. The models will eventually have Perspex panels around them to protect them from little fingers. Virtually every model is illuminated and I suspect it looks stunning in the dark. There’s motion, too, but that was not functioning. The castle on the hill… Cafe Corner takes centre place in the city cluster, one of several ‘off the shelf’ models in the displays. Caves in the mountainside… Dock building… Here’s part of the third cluster depicting a beach and Fabuland funfair. Note the Ferris Wheel which has only been slightly adapted from the original set. Why is the right side constructed from Duplo? Because walking that way takes you to the Duplo area of the building… You’ll find more photos, taken by Andres, at Zusammengebaut. 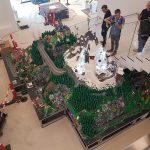 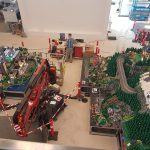 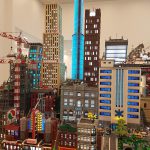 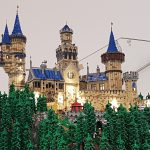 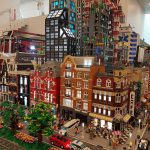 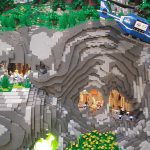 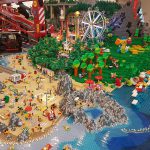 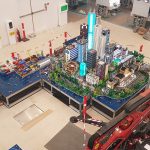