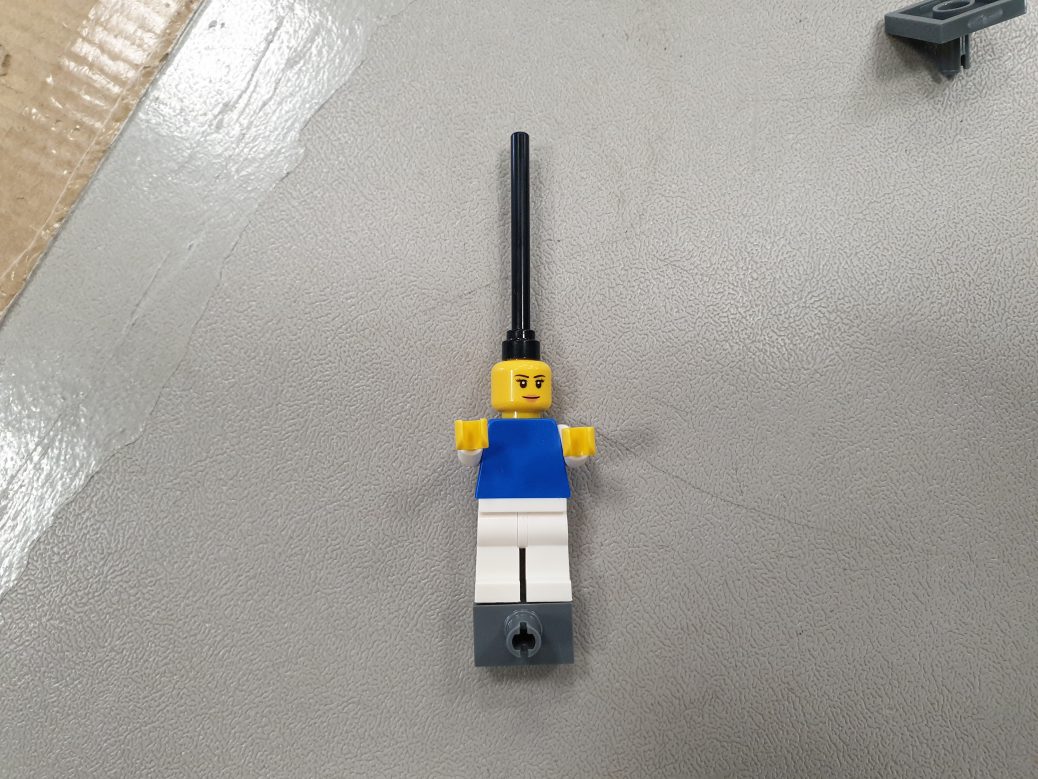 I’ve been procrastinating about this post for a while because talking about disability seems to be a politically correct minefield with its own vocabulary. I am disabled myself; I call it a handicap because for me it is “a disadvantage that makes achievement unusually difficult” (Webster definition) in certain areas of my life. Please excuse-me if the wording is clumsy. I do feel it is important to share this experience with you anyway, so I’ll plod on.

I use the Lego® Serious Play® Starter kits for my workshop skills building. I find it gives the participants plenty of options to choose from, gives them use of Lego and Duplo and allows me to start working on something meaningful during the skills building phase. The only problem is that they are expensive, so I lend them to my customers. At first, I sorted them myself and it took too much time. Now I take them to a special structure that employs people with disabilities, and they sort them for me.

This is a way for my business to give back to the community, so I’ve decided to continue doing this despite having found cheaper options, and it saves me time. Some time ago, as I dropped the Lego off, one of the supervisors came over to me and said: “What do you use those Lego kits for?”.

I was stunned: here I am consulting in organisations, helping managers to give meaning to their teams, aligning behaviours with vision and values, and I hadn’t practised what I preach!

A few days later, I called the supervisor and offered to run a small Lego Serious Play workshop for the team that sorts my Lego and for those that wanted to. He said he would ask the team and come back to me. They were delighted and 15 people wanted to participate. He also explained that there was a huge diversity in disabilities ranging from physical to mental disabilities and/or combinations of both. That I wouldn’t be able to get everyone on board. That sounded harsh to me, and I wanted to try anyway.

When the date of the workshop came, 1 hour before, I still didn’t know what I was going to do. I felt very anxious because I wanted the workshop to be as inclusive as possible, but I didn’t know their job, I didn’t know any of the participants or what they would be able to do physically (Lego requires dexterity) or if we would understand each other in trying to use metaphors.

I met the participants and the 2 educators that look after them and realised that the range in disabilities was just blind blowing and I had no idea if there was a common thread in these experiences. I was also informed that we only had 45 minutes before the break which was much less than originally planned. It was very important to the participants that we would be finished by then because otherwise it would induce stress.

So I started the workshop, still seeking THE question. I had brought a few pictures to show them what I use Lego Serious Play for, what their work allows me to do, why it’s important for me and thanked them for what they do. On the spur of the moment, I then asked them to describe their experience at the centre.

I gave them 15 minutes to build a model. Most started immediately manipulating the bricks. Some felt some stress from being given an open question, so I talked to them individually and the educators helped me reframe the question in a more directive style. Once everyone was building away, I got the educators to participate as well, despite their initial reluctance.

Everyone built something. We had 3 tables, so I asked everyone to come to the first one to share. One man decided that he “didn’t like this s**t”. The team laughed and discussed the fact that out of the Seven Dwarfs, he was most probably Grumpy. One lady who had built a model decided to opt out. The rest of the team shared.

It was amazing. One person built a very elaborate model explaining how she didn’t like coming to the centre but at the same time realized that it gave her a revenue and allowed her to be autonomous. She wanted freedom and didn’t like being watched by the educators but at the same time couldn’t live without the structure they provided. Another man built multiple small models, many had feet going in opposite directions. When asked what that meant, he wasn’t able to verbalise it, but it seemed to me that it was very symbolic for him and could have been used as a basis for a deeper discussion.

Eventually we came to one man who had sever physical limitations and who taken all 15 minutes to build the model shown in the photo. He spoke extremely slowly, each sentence taking about a minute to be spoken. When I asked him what he had built, he replied: “This is me, I have an antenna on my head because I need to listen. They keep on telling me here that I don’t listen and just do my own thing”, then, he burst out laughing. The educators commented on how they wished he did have an actual antenna and listen, and the other participants started laughing as well.

Once everybody had shared their model, I told them it was time to finish and that the exploration bags where a gift for them to take home. Many of the participants came to shake my hand and thank me (the Lego gift was a big hit!).

I learnt enough in those 45 min to write a book. Here are my main take aways: