CASE STUDY: Reflections about the Experience and Adventure of Managing 600 People in a LEGO® SERIOUS PLAY® Workshop

The purpose of this case study is to share the experience, technical details and learnings after running a LEGO® SERIOUS PLAY® workshop for 600 people in Germany with 3 facilitators and 5 assistants.

The client was a large and global company which had already been working on its values and goals for 2025. Thus, the goal of the workshop was to use LEGO® SERIOUS PLAY® to create a 5,5h activity with 3 main goals:

1- Background of the Workshop

The client contacted with Esteve Mora from KREACOACH to organize this workshop and due to the huge number of attendees, he decided to ask David Lopez from Eureka Consultores and me (Enrique Conches) from Smoothie Innovators to work together in this amazing adventure as facilitators.

It was a great and exciting challenge to manage a room with 600 people, especially because it was the first time for the three of us facilitating such amount of people.

We had an additionally inconvenient to tackle, during the first part of the workshop some of the groups were visiting the company facilities so we needed to design an agenda to tackle our goals but without having all the teams in the room during some moments of the workshop. The groups were defined by the client.

As an additional note, almost every group was a real team, so we thought it could be an advantage for achieving the goal of teamwork.

After several meetings to put in common the goals of the client, client’s documentation and the existing constraints, we discussed how to manage such amount of attendees. One of the key points to design the agenda was the insights we already got from Marko Rillo’s videos, especially the Joomla Conference Youtube video and some posts of the LEGO® SERIOUS PLAY® Open Source Community.

After these first meetings we set the main points to achieve a successful event:

Due to budget and the availability time of the groups, we decided to use Explorations bags as the only material for the whole workshop.

We designed an agenda with two parts. For the first one, we didn’t have all the participants available to do Skills Building. On the second one part we had all the groups present, so they could work all together on the values.

So, for the first part, we scheduled two Skills Building activity since part of the attendees were not available because of viewing tour. To satisfy the goal of teamwork, we added some Skills Building exercises like “Build a positive thing you like more from your peer on the right” and “Build what’s your superpower”.

During the second part, we challenge groups to build individual models about the values, share it within the table and finally ask for volunteers to share their stories with a microphone to the whole room.

On the other hand, we defined the tasks to be done to prepare the room, like:

We arrived 2h before the workshop to do the room preparation and to have enough spare time to create the sense of team and having fun between the three facilitators and the assistants.

When the workshop started, the first thing we did, as planned, was to run an Improv exercise to change the mood of the room.

As we went along the agenda, we had the feeling that the majority of the people was really engaged with the LSP exercises and with the flow of the session.

Nevertheless, there were some attendees that weren’t so much engaged, the majority of them belonged to the sales department. We tried to bring them back into the flow and we achieved it in some cases, but not with everyone. So, we decided to notify it to the client and continue with the workshop.

We, as facilitators, felt very comfortable and happy because everything was happening as was planned, we were enjoying it, combining the facilitator’s roles, giving the instructions and boosting the room, but something unexpected happened before the end of the first part. The client came to us and reduced the second part of the agenda, giving only 30 minutes left. The reason was that the attendees were very tired and wanted to go back to the hotel.

We discussed how to tackle this critical situation during a break. The key point of the conversation was how to work on the values with only in 30 minutes, then we shared an important insight. During the first part, we observed that despite giving clear instructions and having a presentation asking them to always build individual models, some of the groups decided to build directly a shared model. So, to face this challenge during the second part, the three facilitators decided to do something that we never did before and something that we had been trained not to do: to ask them to build a shared model directly instead of building individual models previously.

The result was absolutely amazing, was something very natural for them, all the teams were building together a shared model and deciding how to do it. Seeing the flow of the stories, we decided, on the fly, to use a microphone for sharing the stories of the shared models with all the teams. It was terrific, they created an amazing sense of big team with their stories about the values.

One of the conclusions is that even you have an agenda with a plan B, plan C and plan D, you have to be prepared to improvise, but for doing that, you have to be aware of what is happening in the room, and be able to read the room.

Another important learning is that when you are working on Innovation, you shouldn’t have strict rules. Be creative, learn from other subjects and mix, adapt to grow better and faster.

I do recommend you to use this great statement: “What if…”

Finally, another great learning was that sometimes not everybody wants to be engaged with what are you doing, and during the workshop, probably you don’t know the reasons. We tried to bring back as many attendees as possible and continue with the session. Sometimes these people are forced to be there, so maybe next time we’ll try to check if the client communicates to all the attendees properly the purpose of the workshop and why they have to be there.

In summary, this workshop was an incredible experience with a lot of learnings for the whole team that I want to share with the community, so I hope it can help you. 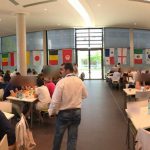 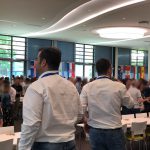 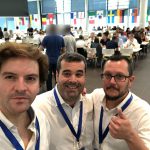 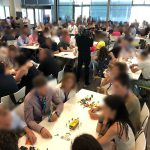 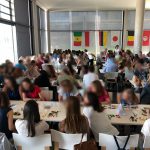 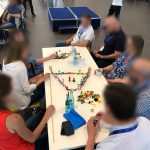 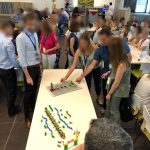 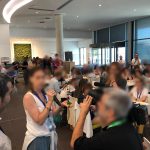