Bootstrapping Your Brick Collection on the Cheap 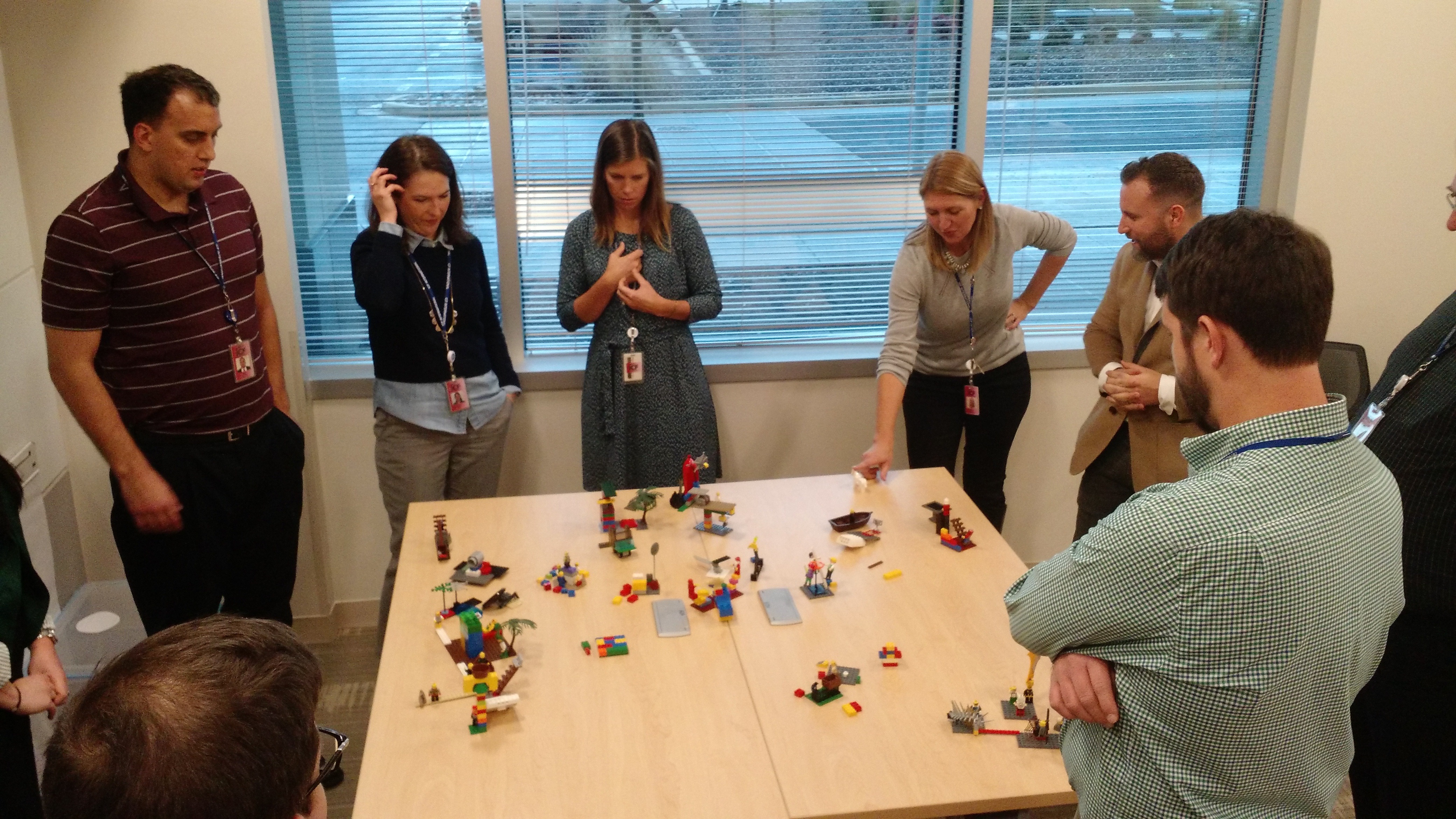 I recently finished the LSPF Training and had setup my first facilitation session a few weeks after the course. I needed a kit to do Landscaping but didn’t want to commit the funds until I knew I would have the sessions to justify the investment. Here’s what I needed to solve and how I got started on the cheap.

Getting Bricks Quick and Cheap

Folks in the course suggested Craigslist and eBay. I also planned to canvas my local community. Is it turned out the next door neighbor were willing to sell me their son’s collection at half what it was worth on eBay. Lots of kits buried in with bricks. This one collection had enough basic bricks and interesting specialty pieces.It was fine for the first session.  Although friends may not understand LSP, I found everybody was inquisitive and supportive so tweet and post about your adventures.Help is around the corner.

Leave plenty of time to clean and sanitize. I found pre-loved bricks are pretty dirty.Sanitizing the bricks was an ordeal but necessary. I used Spick and Span (surface cleaner with degreaser) and an antibacterial dishwashing liquid. I used a bath with the cleaners and a separate rinsing bath. Sorting and soaking pounds of bricks took over the house as they take a while to dry. SeriousPlayPro articles suggested putting bricks in pillow cases and putting in the dryer with the setting used for delicates. I got short for time and tried that. It worked but damaged the softer Duplo bricks which got ground by the harder regular legos.

To cut start-up costs, I build my own starter kit with my own models. I followed the guidance on brick selection supplied with the course. It was a good exercise playing with models and comparing them to those offered in the LSP Start Kit. I had started with a detailed model but worked on reducing the brick count to make the builds quicker. Making my own models was a way to practice and explore ways to inject different types of LEGO to inspire the builders.

I used LEGO Designer to document the models. I took screenshots of various stages of the build instructions and put in a separate document. Some folks at work tested the instructions. I had to enhance the screenshots a little but all in all this approach works. Another benefit of using LEGO Designer is its HTML Export. I can use git to publish the models. I’m expanding my home made starter kit with more models. I’ll be publishing along with the Designer models here: http://guywinterbotham.github.io/rainboids/

If you are interested in comparing kit inventories, search SeriousPlayPro. There are articles that have inventories for all LSP kits.

Searching through my recycled collection, I was able to get bricks of the same type but not the same color in some cases. When it got to the session, not having identical colors threw off one of the eleven builders. It taught me the importance of an an exact match of color and shape. I will fix in later editions with a trip to the pick-a-brick section of the nearest LEGO store. They have cups you can fill for $16 (US) with whatever you can fit. There is an art to filling the cups. Squash bigger bricks together into a tower as tall as the cup. Fill the gaps with smaller pieces after putting the towers in first. My collection lacked some items I saw used a lot during training. The LEGO shop doesn’t seem to carry kits of the unique things like flowers and connectors. eBay is a great place to get bulk numbers of specific bricks. Things like flowers and minifigures. I contacted one seller and explained the starter kits. He was willing to help put together difficult to find bricks.

The initial investment for a twelve person session was under $US300. I probably could have saved more on the bricks from folks desperate to make room in their houses. I enjoyed making my own starter kits which I can grow as I learn and observe builders in more sessions.