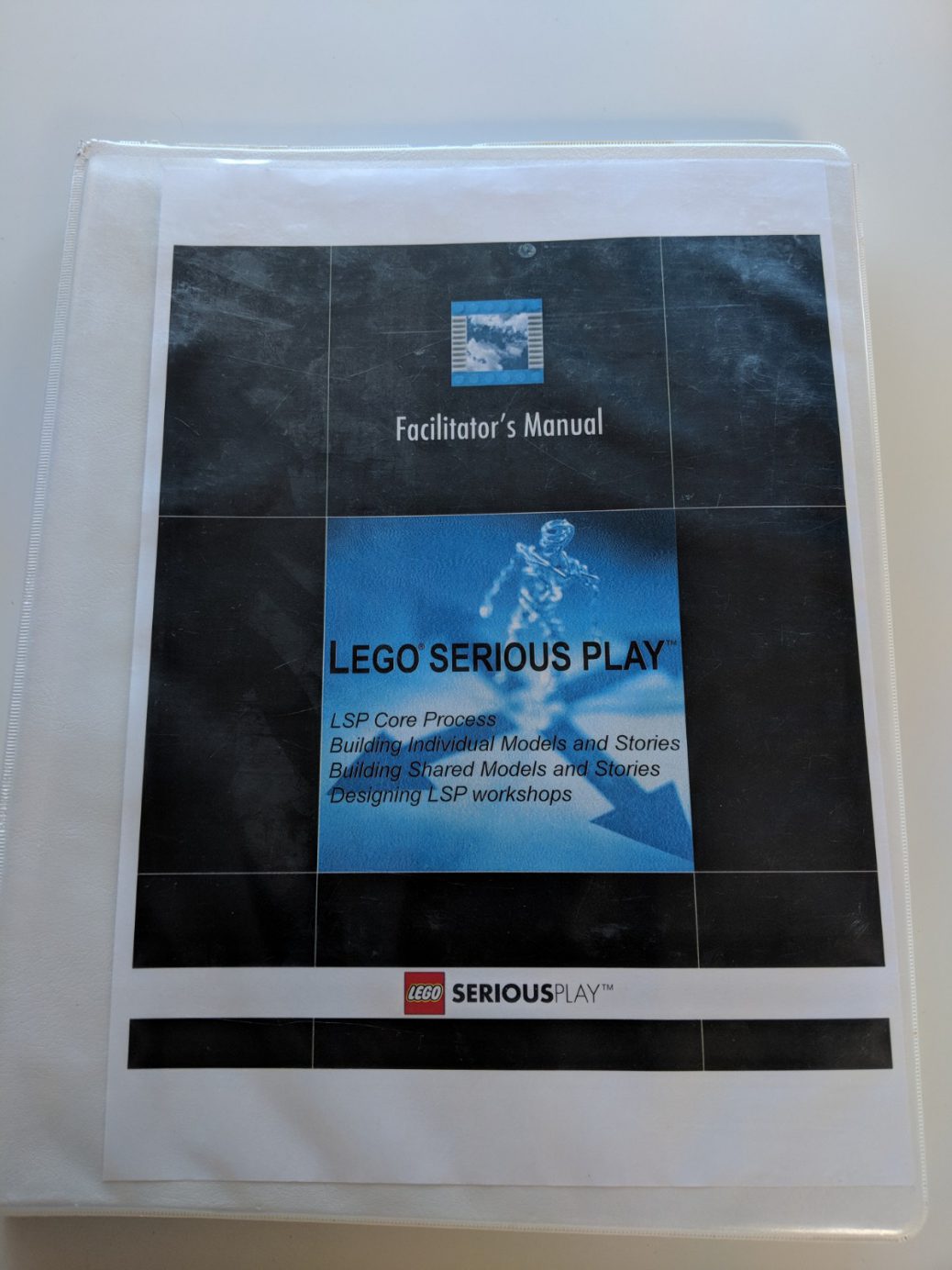 Why would you need to know about the copyrights of LEGO Serious Play?

Over the years I have received sad e-mails from some facilitators who told me that they were approached by their aggressive competitors. They had been told that they cannot use the words “Application Technique” or “Core Steps” on their LEGO Serious Play facilitator marketing materials because apparently somebody had copyrighted those phrases.

Do not worry. LSP is FULLY OPEN SOURCE. This means that you can do almost anything to experiment with this wonderful method. That is all you need to know. If you want to find more detailed arguments to support your case then read more below.

Who owned the original copyrights of the LEGO® SERIOUS PLAY® application techniques and 4 Core Steps process? One of the LSP practitioners suggested recently “These elements are NOT – and have never been – the IP of the LEGO Group.” in a discussion taking place on one of the social media platforms. The person suggested that the IP of both of these fundamental LSP tools are his.

This claim is not true. In the post below I will explain that the both concepts were originally IP of the LEGO Group and based on the Open Source model, the both concepts are currently available for everybody to use without any restrictions.

What is the “LSP core process” and what are “7 LSP Application Techniques”?

When you buy a LSP Starter Kit you will find in your package a small leaflet titled “Imaginopedia(TM) for Core Process”. When you open this material on the 2nd page you can see the 4-step core process consisting of those stages listed. Looking at the back side of this material you may find the text: “(C)2009 The LEGO Group.” It should be evident that the LEGO Group claims the copyright of the core process. 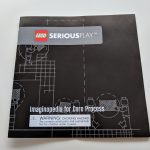 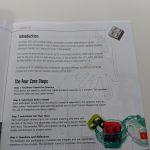 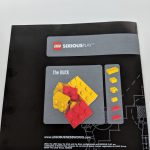 LSP Imaginopedia for Core Process Back

Lets also look at some historic materials because the person has suggested that many years ago those materials were not the IP of LEGO group.

This handout was of a mixed text with sections filled with loose leafs. Intro to methodology. Detailed overview of training days. Facilitating the LSP process. Designing the LSP process. Science behind the LSP. Appendices. The only consistent feature of this handout was that at the bottom of EVERY page it made adamantly clear that the intellectual property of this material was held by LEGO.

Looking closely, LEGO Group has stated that the handouts are a Copyright of the LEGO Group (C) 2007 and that they have “All rights reserved worldwide”. Check the images of the respective tables of contents below. 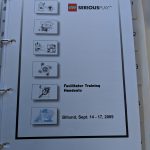 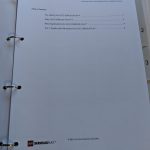 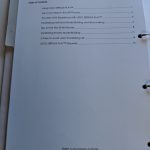 On page “1-6” of the facilitator manual it displays the 7 Application Modules for LEGO SERIOUS PLAY (C) 2006 The LEGO Group, plus you can find that in the footer the material repeats again the statement “All rights reserved worldwide”. Look at the image below. Likewise, on pages “2-2” and “2-3” the LEGO Group facilitator manual describes Four Core Steps in the LSP Process, at the footer of the page there is the statement (C) 2007 ALL RIGHTS RESERVED WORLDWIDE. Look at the image below The second source prepared in 2005 which demonstrates 7 LEGO® SERIOUS PLAY® Application techniques is so called “Black Facilitator’s Manual”, which is a somewhat more thorough material. When one reviews the black facilitator manual – LEGO has written that they own copyright for those materials since 2005. 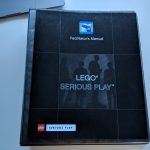 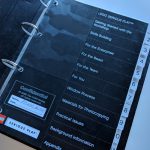 Starting to browse the material it is possible to observe the section on “Real Time Strategy”, which includes one after another all those 7 steps described above: 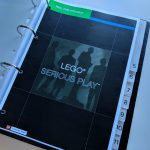 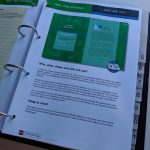 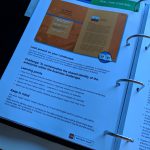 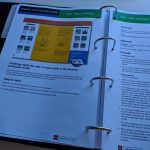 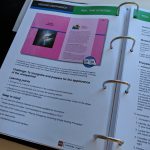 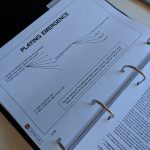 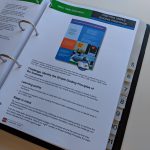 LEGO Group’s Imaginopedia for Applications from 2004

Finally, also “The Imaginopedia(TM) for LEGO® SERIOUS PLAY® Applications”, published in 2004 by The LEGO Group is straightforward in its copyright (see the back cover). Looking at its pages below it is again possible to find all 7 steps for the Application Techniques. See the photos of this material below. 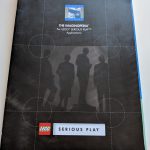 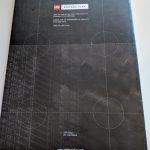 Imaginopedia for LSP Applications – Back Cover 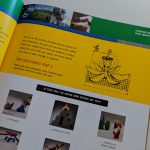 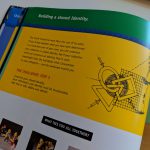 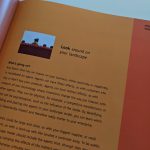 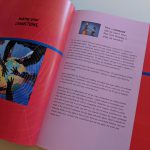 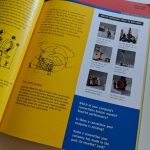 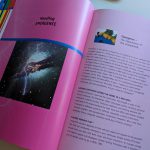 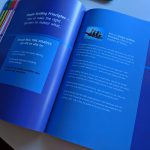 So Who owns the IP for the LSP Core Process and Application Techniques?

LEGO Trademark Guidelines p. 1 the provides a full list of items LEGO has explicitly claimed under their own IP. The list includes both Imaginopedia(TM) brochures as well as Facilitator Manuals, i.e. the both materials that have included the 4-Step Core Process as well as 7 Application Techniques. Read yourself and check whether the evidence presented above from the LEGO Group materials could be grounds to claim: “These elements are NOT – and have never been – the IP of the LEGO Group.”

What does this mean in practice?

Just to make things clear, yes, my view is that these materials are IP of the LEGO Group.

However, then again – in 2010 LEGO Group decided that the principles of methodology would be open source, i.e. anybody can use the method freely, develop it further and pass it on as long as they respect LEGO’s trademarks. This means that the methodology that was produced up to this given moment is no longer protected by the LEGO IP. The basic principles, the philosophy, and the materials can be used by anybody according to the Creative Commons “Attribution Share Alike” licence.

Who and how is entitled to use, train, develop with LEGO® Serious Play® methodology?

This license means that you are free to:

You need to do this under the following terms:

How do you give credit to LEGO Corporation?

Anybody can do what they like with LEGO® SERIOUS PLAY® as long as they refer to original LEGO® SERIOUS PLAY® Open-source document and give exactly the same credit for the next developers. If you are in doubt how to best formulate it, you may just use the sentence:

“This approach/application/technique/model/roadmap/case builds on LEGO® SERIOUS PLAY® Open-source guideline made available by the LEGO® Group under a Creative Commons licence. Feel free to share and use under the same licence and enjoy playing seriously with bricks!” :-)

When and how do you give credit to others?

What is said above does not mean that anybody can do anything they want. When you start developing your own LEGO® SERIOUS PLAY® stuff – it is really important to make a distinction to what are indeed proprietary materials.

In some instances some people have created their own particular LEGO® SERIOUS PLAY® roadmaps of different workshops that make use of the principles, the philosophy and the materials. Somebody has used it for agile retrospectives. Somebody for job interviews, consumer mapping, user experience, business modelling etc.

Likewise – if you have attended somebody’s training or a conference presentation on LEGO® SERIOUS PLAY® you are not allowed to use their training materials without permission.

So please make sure that you understand if somebody has created an application of the LEGO® SERIOUS PLAY® methodology toolset where they have weaved in their original ideas. If you are in doubt then get in touch with the authors, ask their permission and make sure that you will not violate their rights nor trust.