After all these years, why is the LEGO SERIOUS PLAY methodology still relevant? 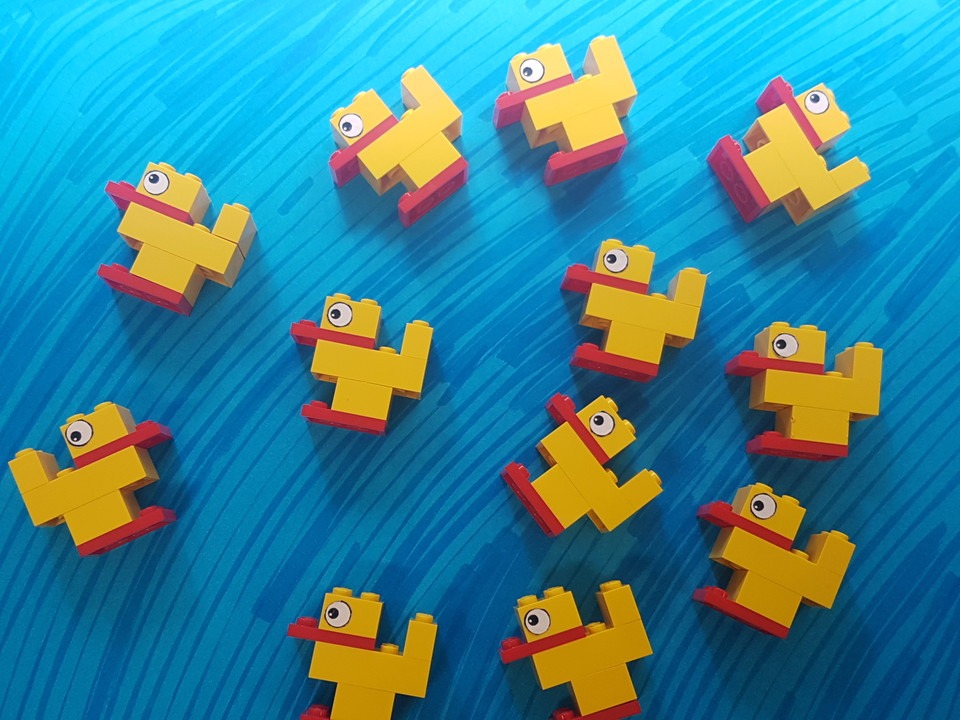 This article was first published in LinkedIn Pulse by Denise Meyerson

The LEGO Serious Play methodology continues to remain relevant – 11 years after we started applying it to our practice. Here is a short history of the process and why you should consider adding it to your bundle of tools and techniques to drive team engagement, build inclusion in ideation sessions, step towards involving all team members in strategic planning AND so much more!

When and why was the LEGO® SERIOUS PLAY® methodology developed? The methodology has its roots in substantial academic research and theoretical foundations. We trace its origins back to psychology and behavioral science in theories of knowledge and learning.

Although both Piaget and Papert developed their theories through observing the behavior and learning activities of children, Papert, especially, believed that these findings are equally applicable to adults. Executive discovery llc. was the corporate entity – associated with the LEGO® Company – that developed and managed the LEGO® SERIOUS PLAY® brand in the early years between 1995 – 2004. The concept was developed over several years by Executive Discovery as they searched for more effective ways to meet the increasingly complex and challenging demands of the business world.

The two lead researchers, Professors Johan Roos and Bart Victor, were joined by a strong community of practicing managers, consultants, and scientists – all continuing the quest for the fruitful integration of work and play needed to develop innovative, winning strategies in today’s fast-paced, multi-dimensional business world.

The LEGO Group became involved with the SERIOUS PLAY methodology very early in its development, both as a user of the process and as an organisation whose basic values are in complete alignment with the core thinking behind the process. In fact, the name LEGO itself is a contraction of the Danish phrase “Leg Godt,” which means “Play Well.” In spearheading the development of this unique and powerful methodology, the LEGO Group demonstrated commitment to supporting the child in each and every one of us to “Play Well.”

What was the next step in the LEGO Serious Play journey?

Once the LEGO Group formalized the methodology, a licence model was established whereby licence holders were selected globally to promote the methodology in their home country. A community of users expanded as the powerful process became more widely used and renowned for its capacity in transforming organisations and teams.

Orgnisations saw how 3-D metaphorical models could be used to visualize strategies that were formerly opaque and closed off to team members and leaders. The LEGO Serious Play methodology continues to help people to see their business enterprise in a more holistic sense. They can manipulate it, play with it, and ask all sorts of “what if” questions by physically manipulating their business models.

When do Jacqueline Lloyd Smith and Denise Meyerson enter the picture? Jacqueline “Jacquie” Lloyd Smith commences using the methodology in Canada in 2006, and is the first licensed partner in Canada and a year later Denise Meyerson secures the licence for Australia. Both practitioners implement substantial workshops using the power of the process in a whole range of different ways in some of the world’s most respected organisations. They experiment and take the process in to new territory, both determined to ensure that there is a very real business impact as a result of their workshops.

Denise in fact is nominated for several industry awards in Australia for innovation and for the measurable results achieved by teams through use of the methodology. In a world where both sides matter – the ‘hard’ and the ‘soft’, the logic and the emotion – it is indeed possible to harness both playfulness and reasoning so that organisations achieve goals and objectives.

Jacquie’s company is awarded the LEGO® SERIOUS PLAY® Partner Growth Award in 2007 for her companies abilities to enter a new market in North America and to lead the way in growing and expanding the process. In 2007, Jacquie offers the first training program to train LEGO SERIOUS PLAY facilitators on behalf of the LEGO® Systems Group in Canada. Denise follows suit and begins the process of training of facilitators in Australia.

LEGO Serious Play continues to grow as a methodology that allows teams to foster connections and collaboration! More academic research continues and for example David Gauntlett publishes ‘Creative Explorations, New approaches to identities and audiences’, (Routledge, 2007) to promote the thinking that we are more engaged when we make things and share meaning together. The LEGO Group takes the decision to bring a new strategy to life to ensure the sustainability of the methodology. They aim to place a far larger emphasis on building a passionate and motivated community of LSP users and expand the current team of master trainers.

Denise and Jacquie are appointed to the LEGO Play for Business advisory board, and were honored to be invited to attend the inaugural meeting of the LEGO Serious Play Advisory Board in Billund, Denmark on 20 September 2009. The agenda includes looking at ways in which the methodology can be further utilized in a range of different settings and ensure that the LSP division within the LEGO Group is financially viable.

Denise and Jacquie are furthermore invited to form part of the initial group of Master Trainers to be in a position to train other facilitators in applying the methodology. They are tasked with bringing a new structure of training trainers to life so that they become more proficient at using the tool and set the quality standards for application of the methodology in different settings.

THEN in 2010: After conducting interviews with several key clients globally, and in close consultation with the group, the LEGO Group takes the dramatic step of declaring that the methodology would now be available on an open source / community basis under the Creative Commons Licence Deed.

What this means is that there is no longer any officially sanctioned training by the LEGO® Group and sets of LEGO bricks become available for purchase on the LEGO @Home website. The training board reviews the materials and makes numerous recommendations to improve the material Modules, now called Starter Kits, Landscape Kits and Connectors Kits. Under the new Open Commons license, LEGO® states that the methods will be shared, however the 7 applications and the 4 step LSP process will remain the IP of the LEGO® Group along with the information included in their imaginapedia brochures and booklets. Denise co-facilitates the last official LEGO Serious Play training program in Enfield under the banner of the LEGO Group in April 2010. The LEGO Group suggests to Jacquie and Denise that they are free to continue to train facilitators under their respective brands, which they agree to do.

What happens next in the LEGO Serious Play journey? This change opens up a huge opportunity for the pair. No longer held by the constraints of the original training dogma, Jacquie and Denise are determined to modernize and expand the original process and take in to account the very latest in terms of training methodologies as well as the integration of world renowned frameworks such as creative problem solving, and design thinking.

They add new approaches to the training to make it creative and brain friendly by scaffolding the learning skills with innovations from the world of art and play therapy. They ensured that the process was available at different levels of complexity for entry level trainers and consultants as well as for experienced facilitators who are able to create deeper and more meaningful sessions for their groups.

They also create a whole new range of different applications including for coaches, conflict practitioners, strategists and consultants. They continue to deliver to top organisations such as Qantas, Proctor and Gamble, Microsoft, T. Rowe Price and SAP – to name a few!

They also assist in the establishment of the community site where facilitators ‘meet’ to ask questions and connect with other like-minded users of the process. Denise and Jacquie decide to share their knowledge and skills with the community and write their first book, ‘Strategic Play’, to provide ideas and new thinking on how play is integrated in to work environments to achieve business goals.

The book is enormously successful and the first edition is sold out and a further print run ensues. They continue to train facilitators, HR Managers and innovation champions to make use of the methodology for their own business purposes. They travel the world to present at key conferences and share their knowledge with other practitioners. And run annual Unconferences with amazing participants and speakers from the community. Not only are Jacquie and Denise considered as leading innovators in the use of the methodology, they have expanded the methodology so that team leaders and managers can use a new application to drive team engagement.

Their trademarked ‘What the Duck’ methodology encapsulates the thinking behind LSP and transforms it into a version that is accessible to leaders at all levels who don’t have prior facilitation experience. Results to date have been phenomenal!

Watch this space – this formidable team has even more exciting plans in store…..