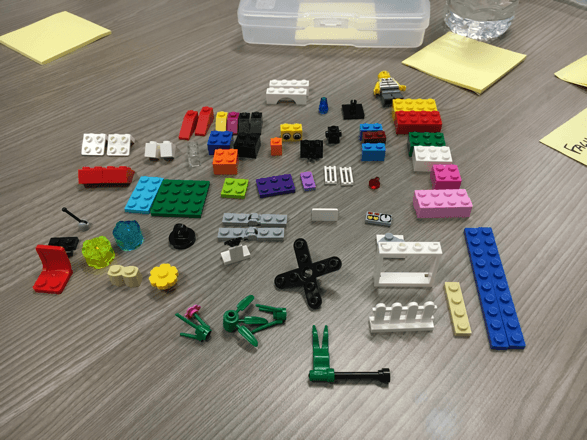 This post was originally published on Excella Consulting blog page. Written by Trent Hone. Reposted with the kind permission of Janelle Ducott

Here at Excella, our Agile Coaching Circle meets monthly to give us an opportunity to share techniques and sharpen our skills. In our last meeting, we did a Lego exercise to explore opportunities for the coming year and generate ideas for improving our work in the Agile Service Area. It was my first exposure to Lego Serious Play – I was struck by the effectiveness of the approach, and wanted to share this technique with the community.

We each began with a basic set of Legos and spent a few minutes creating a build that expressed what we wanted to accomplish individually in 2016. At first, I felt very confused. I had a bunch of pieces, but no clear idea what I was supposed to do with them. Did the different pieces represent different concepts or ideas? Was there a “code” that I was missing? Everyone else set off building right away; I stared at my pieces for a few moments, uncertain where to begin.

Watching the other builds starting off around the room, I realized quickly that I wasn’t missing anything. I was free to build whatever I wanted. I just had to explore what the pieces meant to me and how fitting them together would express my ideas.

I started building a small hill; given the size and shape of the bricks, it looked more like a staircase.  Summiting the hill could represent achievement. I made a flag and put it on the top. I had my mini-figure grab the flag, and let his feet hang out in space, off to the side of the summit. I thought the lack of secure footing could represent exploring the future and venturing into unforeseen opportunities. The thought I was focused on was becoming more integrated into Excella: working with my colleagues, learning from them, demonstrating what I know, and adding value to the organization. I thought the tiny summit could represent achieving that.

When our builds were complete, we took turns describing our builds and how they represented our individual goals. It was a relief to see that I’d understood the exercise correctly. We each told a brief story, using the physical medium of the Legos as a focal point.

I thought this was very effective. The Legos aided our discussions in several ways. Because they’re a physical medium, they helped us draw out our ideas and give them substance. The use of basic bricks limited the intricacy of our builds, leaving room for interpretation and exposition. A physical construction depersonalized criticism, making it easier to give and receive feedback. I was captivated by all the benefits offered by the technique.

We started off rather slowly. In part because we had so many more pieces available to us. That created uncertainty about where and how to start. Once we put down a solid foundation—a large green base—things progressed more rapidly.

A number of different thematic constructions emerged. One was a plateau, similar to the summit idea from my individual build, but representing what we wanted to achieve as a team. We created a number of different pathways to get there, reflecting our belief that there is no single answer—or formulaic approach—to using Agile to solve problems.

Another very interesting creation was a staircase. Initially it was a very precise and clear pathway; it may even have been a single large piece. It also went nowhere. While talking about it, we agreed that we would like to see something “more emergent.” The well-defined stairway was replaced by a series of loosely coupled bricks; the way up became fuzzier. We also tied the stairway into the plateau, giving it a destination and using it to illustrate one of several pathways to the goal.

When we were finished, we discussed the build and our impressions of it. This was a very interactive exercise. With our individual builds, we had formed a sense of what the build meant as we were creating it and our stories flowed quickly once the build was done. With the group build, the process was somewhat reversed. The discussion was a determination of what the build meant. We had lots of interactive conversation as we discussed our interpretations.

I found the group exercise extremely useful for harnessing and focusing creative energy. A lot of valuable ideas emerged from the process, and the focal point of the build ensured that all of them were tied to our work as a service area. The Lego construction was a great way to draw those ideas out.

The greatest challenge came at the end. We tried to identify how our ideas would have a positive impact on our work. Many assumptions about positive results had remained unspoken during our build. Drawing them out proved more difficult than I thought it might have been. The build seemed to focus us more on the what and the how; deriving the why from that after the fact was a little tricky, but we had a solid basis for exploration and were successful by the end.

I would highly recommend this approach for anyone interested in exploring new opportunities with their team and developing new approaches to working together. It took us rapidly through a number of learning cycles and effectively brought us together. The end result was a high degree of alignment over a broad set of goals. 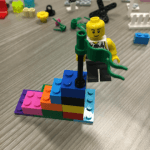 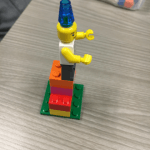 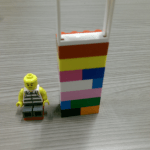 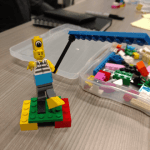 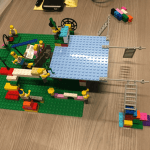