Can you “Gamify” Lego Serious Play? 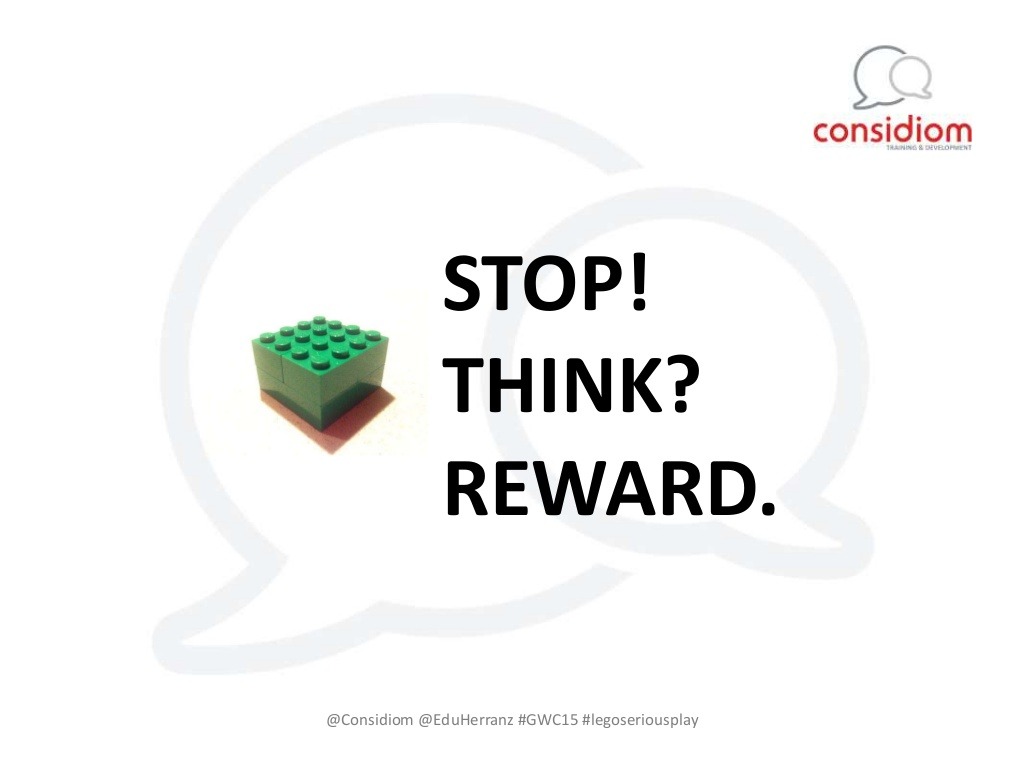 If you want to discuss this case then please refer to the Considiom blog where this was originally posted.

So here’s the question. Can you gamify Lego Serious Play? Would you want? How might it impact the flow and the participation?

Well we did just that at the Gamification World Congress 2015 in Barcelona in November.

So how did we do it?

We got participants into flow using basic Lego Serious Play techniques but between building challenges we introduced a reward system using the Lego bricks themselves. On sitting down, apart from the Lego on the table, each participant was given a small four-brick structure made up of four classic 2×4 bricks. It was made clear that these 4 bricks are not to be used in any of building or construction challenges and that they were their personal bricks.

We then launched into the workshop using basic skills building exercises and then moved through the script to share knowledge on areas related to Gamification. However after each building challenge and the subsequent sharing and debate, we asked participants to quickly stop, think and reward. We specifically asked them to think of the most insightful contribution from the round they had just completed and once they had it clear in their minds, we got them to reward by simultaneously giving one of their 4 bricks to the person who had shared that insight.

We did this 4 times throughout the session and at the end of the workshop we asked each table to identify the winner. The prize was only made known at the end but it had two elements: on the one hand the winner got to give a present to the all other participants at the table (a small bag of Lego bricks) and at the same time the other members had to personally thank the winner for their contribution.

Although obviously difficult to measure with data, the process worked well and seemed to encourage participation. The level of engagement and participation was as I have seen in similar sessions but the brief prize-giving moment at the end was very much a positive climax to the session as a whole.

After the session I spoke to several participants individually to see how they perceived the process as participants and all the feedback was positive. Some of the points they mentioned were:

Any comments from other participants at the session? Feel free to comment here.

All in all it was a great exercise to indirectly get participants to think about intrinsic and extrinsic reward (a key discussion in gamification).

Lastly, from a Lego Serious Play method standpoint, I will take the process and the findings and refine it more. Depending on the group and the objective of the session, it is definitely something I will consider as an option in the future.