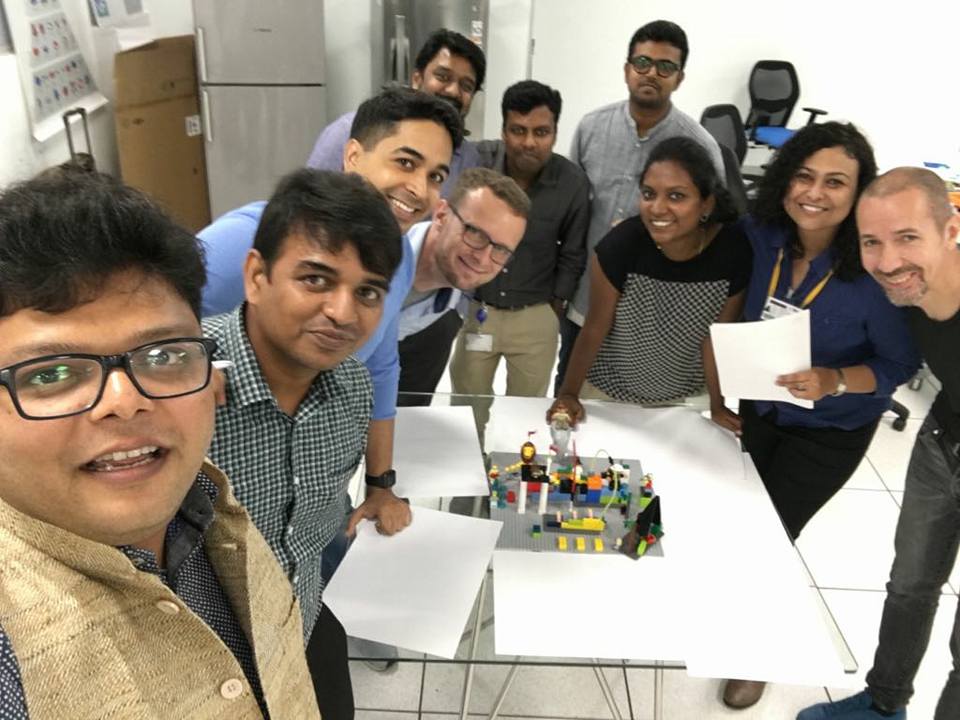 The word ‘Play’ is often taken in a very light manner… almost tilting towards being a ‘frivolous’ activity. I have often asked people what is the opposite of ‘play’ and invariably have come up with answers like – ‘work’, ‘labour’, ‘seriousness’, ‘sobriety’, ‘business’, ‘drudgery’ etc. to name a few. Popular belief is ‘play’ definitely cannot be serious business!

Generations have been raised playing with LEGO bricks. Lot of educational institutes and corporates have been using these bricks to make replicas, models or prototypes as well. However, using LEGO bricks for some serious work does not really strike a chord.

We possibly had a similar mindset till we came across the concept of LEGO® SERIOUS PLAY®. Intrigued, we decided to explore more about it and learn to facilitate using the same. It opened up a whole new world of possibilities. LEGO® SERIOUS PLAY® is a methodology that is created by the LEGO Group after years of research and application. It is a structured tool that hinges securely on a very high-end, prop-driven, scientific communication process.

LEGO® SERIOUS PLAY® is a convergent process and adds several layers of outcomes, which can be useful for any form of team program, event or meeting. As someone had notably said “You can discover more about a person in an hour of play than in a year of conversation.”

We have facilitated successful workshops so far to ideate, align teams & vision, build strategies and systems models. The method works best with a focused, core team and with an intended direction of outcome.

Its quite simple really…. You play with your team and some serious work gets done!

“Combinatory play seems to be the essential feature in productive thought.” ― Albert Einstein