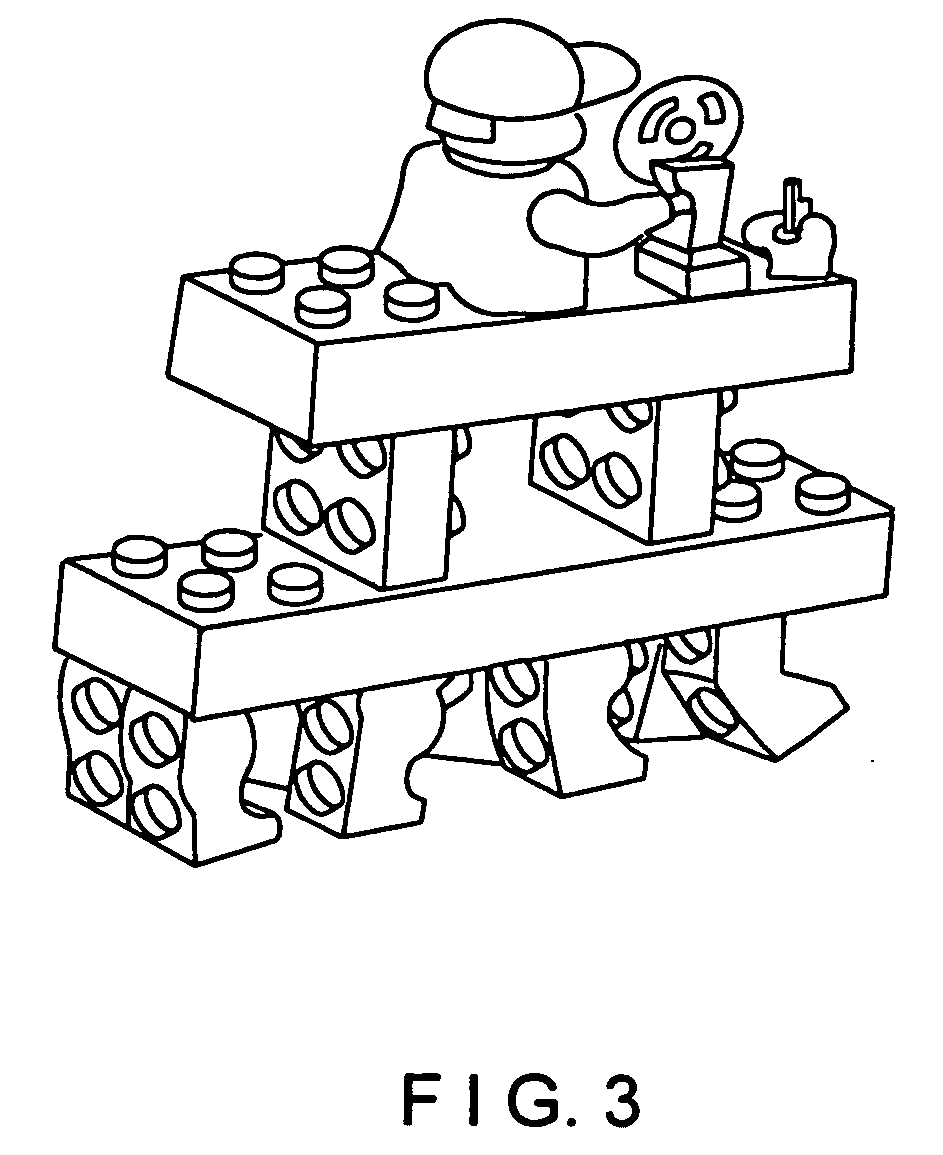 However, both applications have expired and abandoned by now and the information below is provided for information to tell a historic story about the early days of LEGO Serious Play methodology.

You may download the PDF versions of both patent applications here:

A program, method and materials for enhancing creative thinking, communication, decision-making and strategic planning. The program, materials and method are based on the interplay between physical manipulation of symbolic objects and the effect of such manipulation on the ability to deal with actual objectives. For example, by physically manipulating building blocks, such as those having a stud configuration, (such as those sold under the LEGO® trademark), which are fastened together with studs from a top of one block fitting into receptacles on the bottom of another block, the thinking processes can be fostered and/or enhanced.