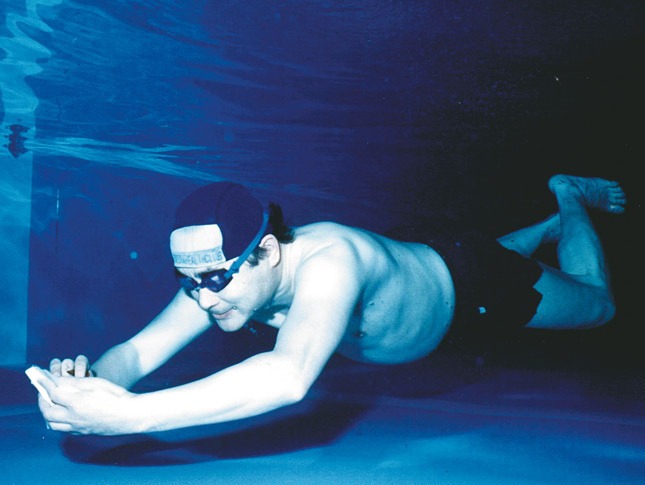 When you lead a creative team, problem solving should be easy, right? After all, a roomful of smart, imaginative people who know their stuff should be able to see past perceived limitations, generate new ideas, and collaborate to find the best possible solutions.

But even the most creative thinkers get stuck in ruts or find themselves faced with problems that traditional brainstorming sessions can’t seem to solve. To get them thinking “outside the box” often requires outside-the-box approaches to problem solving.

Innovative thinkers have long understood that desperate, creative times call for unorthodox measures. For example, Yoshiro Nakamatso—inventor of the floppy disc, karaoke machine, and digital wristwatch—claims to get his best ideas in his “Calm Room,” a bathroom tiled in 24-karat gold, or while on the brink of drowning. “If you have too much oxygen in your brain, inspiration will not strike,” he has said. “To starve the brain of oxygen, you must dive deep and allow the water pressure to fill the brain with blood. Zero-point-five seconds before death, I visualize an invention.”

Then there’s the long list of scientists and inventors who’ve used illegal drugs to expand their thinking and solve creative problems. Francis Crick reportedly discovered the double-helix structure of DNA while tripping on LSD. Both Bill Gates and Steve Jobs have also admitted to experimenting with the psychedelic drug, while Sigmund Freud and Thomas Edison preferred cocaine.

Of course, death-defying stunts and drug habits aren’t the sort of healthy behaviors that business leaders should be promoting. But while these innovators might have had the wrong methods, they certainly had the right idea: a change of perspective can lead to fresh insights.

To help your team boost their creative problem-solving skills—without breaking any laws or risking any lives—try these proven strategies:

All work and no play can make for dull ideas. As children, we understand the power of imagination to help us think differently. But as adults, we often think of creativity as a tool to be turned off and on, rather than a talent that requires nurturing.

Dr. Stuart Brown, founder of the National Institute for Play and author of Play: How It Shapes the Brain, Opens the Imagination, and Invigorates the Soul, discusses the benefits of playtime at work in his TED Talk, “Play is more than fun”:

What does play do for the brain? Well, a lot. Nothing lights up the brain like play. Three-dimensional play fires up the cerebellum, puts a lot of impulses into the frontal lobe (the executive portion), helps contextual memory to be developed and much more.

For this reason, Dr. Brown encourages companies to give employees some occasional “recess” time. “Play is something done for its own sake,” he explains to NPR. “It’s voluntary, it’s pleasurable, it offers a sense of engagement, it takes you out of time. And the act itself is more important than the outcome.”

The next time your team is muddling through a problem-solving challenge, consider giving them a break—not just to get coffee, take a walk, or go to the bathroom, but to play. What that means probably varies from team to team. While some individuals might prefer video games, others would enjoy a lively game of chess or Scrabble, or even heading outside for soccer or flag football. Just remember, play should be “voluntary” and “pleasurable,” so forcing people to participate in games they don’t enjoy will probably negate your efforts.

2. Bust out the LEGOs

Speaking of play, some structured toy time can also unlock creativity and innovation, and help problem-solvers break through mental roadblocks. In “Thinking Creatively: How Legos Give Your Ideas a Voice at Work,” Content Standard Managing Editor Ted Karczewski shares how the beloved building blocks helped him overcome childhood challenges, and how they can help teams think more creatively.

He explains why Cambridge University has created a new position—a LEGO Professor of Play, Education, and Learning—to lead a $6.1 million research department on behalf of the LEGO Foundation.

The goal of this program is to better understand how LEGO Serious Play (LSP) could help enterprise business executives and staff solve tough workplace challenges.

Robert Rasmussen, an expert who specializes in LSP, told Quartz that, “[The LSP methodology is] an engine. It’s like a language. It’s a technique without content. It’s a facilitator who asks a question, then the participants build the answer to that question using LEGO bricks, using them metaphorically to add meaning.” … [A]ccording to Rasmussen, the reason LEGOs are so effective in problem solving is because building something out of the bricks requires the use of one’s hands while the mind is in an unplugged state.

This strategy has been used successfully by organizations like Google, NASA, Coca-Cola, Toyota, and Unilever.

3. Get out of the Office

The words “team-building exercise” may strike fear and dread into the hearts of anyone who ever participated in one that’s been poorly executed. For me, that includes an 8:00 a.m. ropes course with a group of college students, half of whom were hung over, and an improv workshop with a team of office workers who were all uncomfortable and unhappy for two hours.

But if you know your team well, and take the time to investigate opportunities they might actually enjoy, off-site team building can help them work together in new and creative ways. And because you’re out of the office and trying something new, hierarchies break down and everyone (including the boss) is on the same playing field.

Cirque du Soleil, for example, offers a corporate experience that’s almost guaranteed to be new territory for everyone on your team. Their SPARK Sessions for VIP groups in Vegas challenge teams to work together to build a cast of characters and launch a full-scale acrobatic performance, complete with costumes, makeup, and props.

Check out the following video to see a team from Google go through the workshop:

As Torrence Boone, Google’s vice president of global agency sales and services, puts it: “We’ve already started to work together in a more creative way, in an unstructured way. We’ve had to think on our feet and try new challenges, and those are all great things that build a great team.”

Can’t get your whole team to Vegas? Look for local problem-solving challenges like Escape the Room or team-building experts who can help you build creative-thinking skills as a group.

4. Shake Up Your Brainstorming Sessions

Problem solving can’t be all fun and games, and live circus performances. Eventually, your team has to sit down and hammer out solutions to the problem at hand using tried-and-true strategies. But traditional brainstorming sessions—everyone gets in a room together and tosses out a bunch of ideas—might not be the right solution. Research has shown this method can encourage groupthink and cause the most creative ideas to get lost in the shuffle.

According to Art Markman, professor of psychology and marketing at the University of Texas at Austin, the best way to approach brainstorming is to strike the right balance of divergence (individuals working alone) and convergence (groups working together.)

In his Harvard Business Review article, “The Problem-Solving Process that Prevents Groupthink,” he suggests the following strategy:

Early in the process of problem-solving…have your group members work alone to craft statements describing the problem. Then, get them back together to discuss their descriptions. The individuals are likely to come up with a variety of distinct problem statements. The group discussion will lead everyone to accept one or a small number of variants of these statements to work on…When you start to generate solutions, you again want divergence. Again, have people work alone to start. Then collect people’s initial ideas and send them around to other group members and allow the divergence to continue as group members individually build on the ideas of their colleagues. Because people are still working alone, the way they build on other people’s ideas is still going to be different from how other group members are building on those ideas. After this process, you can give the resulting ideas to everyone and then let the group get together to discuss them.

For dozens of other creative variations on the traditional brainstorming methodology, check out this eBook from the Creative Education Foundation, an organization formed by Alex Osborn, who co-founded the advertising firm BBDO and “invented” brainstorming.

The authorTaylor Mallory Holland is a freelance writer, editor, and content marketer specializing in technology, healthcare, and business leadership. As a content strategist, Holland contributes thought leadership content for some of the world’s top brands, including Samsung, IBM, BlueCross BlueShield of Tennessee, and UCLA’s David Geffen School of Medicine. She has been a contributor for The Content Standard since 2014.