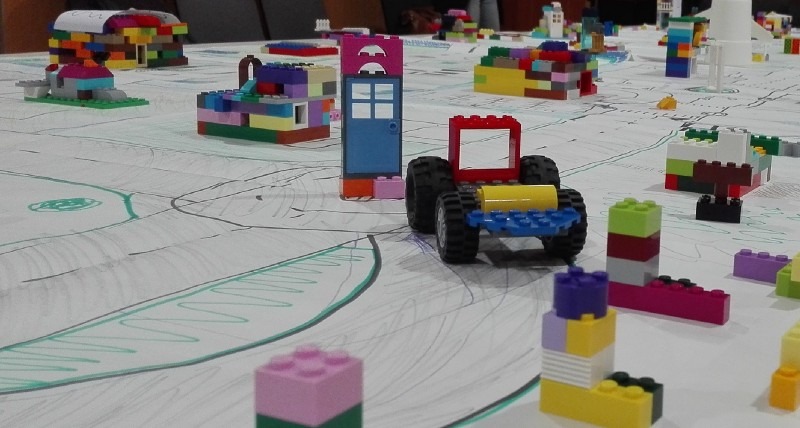 A gentle introduction. Somewhere in the 2000s I came across the LEGO® SERIOUS PLAY® Method (LSP): I immediately became a fan :-)

A few years later, in 2010, the LEGO Group decided to offer its SERIOUS PLAY® Method as a community based model under the Creative Commons License Deed.

Later, in 2012, I discovered the Lego4Scrum simulation from Alexey Krivitsky: I was thrilled! Even though I was still learning Scrum on the job I thought to myself: I want to try this one day :-)

But something happened: after a few learning and improvement cycles, also known as iterations, the game that I play became very different from Alexey’s original one (by the way, you can get his Facilitation Guide version 2.0 here, or even better, his newest version in a book format here) and, within time, more “in tune” with the LEGO® SERIOUS PLAY® Method and the Theory behind it :-)

Let me share with you some of the most important changes I introduced over time, transforming Alexey’s original simulation into a “magical” Lean & Agile accelerated learning experience: An Agile Team working on its Product Area.

Why did I change my source of inspiration? Here are the 3 main reasons:

During the past years I have developed and facilitated the following LEGO® Lean & Agile Workshops, “powered” by the LEGO® SERIOUS PLAY® Method: So, what is the LEGO® SERIOUS PLAY® Method?

Did I introduce any change to the LEGO® SERIOUS PLAY® open-sourced Method to combine it with Lean & Agile team-based game simulations?

The answer is YES!

After a few game experiments and research, I decided to extend the original open-sourced Method by LEGO®. On an upcoming post I will share with you some of its details.

This article was originally posted to Medium blog here