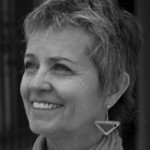 please include me too. pk@patriciakistenmacher.com View
Profile Details

Processes facilitator, based in South America working with creativity to foster social transformation. Making the most of workshops, stimulating abilities and competences, asuming risks, multiplying results.

My work is oriented to collaborate with groups willing to move forward, appreciating diversity, enjoying uncertainty, profiting technology. My challenge is to facilitate group processes, guaranteeing every single voice is heard. Being ready to cross the uncrossed bridges. Learning deeply from rights and wrongs. Returning decision-making power to those who are the actual social doers.

In my previous job , I had to report for an investment of approximately u$s 8.000.000 made on different proyects. Some, lasted 6 months while others lasted 7 years. Some, received small amounts, while others received several thousand dollars. There were those with a local scope and others with an international scope. Those really focused on a precise issue , and those broad and complex . There were projects presented by one organization, others meant to develop networks . Most of them, dealing with only one sector , but several, multisectoral . Sometimes, projects included workshops . In several ocassions, workshops were the starting point of projects. Many times, workshops were the final activity . In all, I must have dealt with about 100 workshops.

The LEGO Serious Play method comes to stregthen most of the guiding principles of my work, and to give a new perspective and depth to it.

Have you been trained in LEGO SERIOUS PLAY?