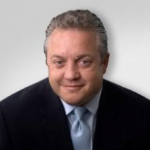 Wayne Jagoe is a Catalyst Of Change, Author & Idea Agent.

In 1997 Wayne created the first online Dining Guide in Atlantic Canada, DineAid.Com in 1997 [Precursor to Yelp] which was later sold to Kostuch Publication in 2003.

Wayne graduated from St. Andrews Community College, where he won the Judson Food Creativity Award and Student of The Year. Wayne’s culinary background and personality led him to be featured on The Leading Edge television series, appear as Guest Chef on Maritimes Today and then later on CBC Television with his own cooking segment, Cooking 101.

In 2004 Wayne wrote his first book, Eat This! Observations of Successful Restaurateurs, based on his experiences in the Hospitality Industry.

Wayne is currently writing his next book, Customer Centered Sex… Give Your Customers An Unforgettable Experience and They’ll Keep Coming Back For More!