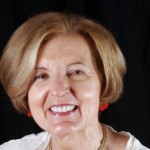 Her natural leadership skills and her ability to support growth and expansion resulted in Donna being named the first female principal of both an international engineer-constructor and a national architectural-engineering firm. She is the co-founder and president of the Center for Balance by Design, a consortium of business, professional and academic leaders who seek, create and apply structures to optimize teamwork. Donna holds an MBA from Northeastern University and studied architecture and interior design at the University of the Philippines.

Donna is the author/co-author of numerous articles for professional magazines. She has been a guest lecturer at Bentley College and Wentworth Institute of Technology, is a board member of a number of professional and community-based groups, including Zoo New England and the Winchester Rotary Club and is the founder of the BSA/SCUP College and University Roundtable.

Donna apprenticed with Robert Rasmussen beginning in 2003, and has been a licensed LEGO SERIOUS PLAY diploma holder since 2006.