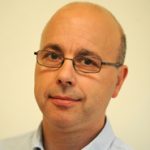 The previous version of this post appeared via LinkedIn Pulse.

There was a really interesting piece in the Economist this week (‘The Collaboration Curse; The fashion for making employees collaborate has gone too far’’) about the balance that companies need to strike between encouraging employees to collaborate and enabling them to concentrate; and it got me thinking – as many things do these days – about Lego.

The Economist’s argument (backed up as ever by lots of emerging research) is that, while collaboration is useful it has gone too far with large, noisy open plan offices, constant interruptions and distractions in the form of email, collaborative tools like Slack and Chatter and too many meetings, making deep concentration and thinking ‘difficult, if not impossible’ and driving large – and largely hidden – costs in lost efficiency and effectiveness. ‘Deep work’ (a term coined by Cal Newport of Georgetown University) is, it says, “the killer app of the knowledge economy: it is only by concentrating intensely that you can master a difficult discipline or solve a demanding problem” and companies have been naïve in over-doing the focus on collaboration.

It’s hard to argue with this analysis, especially in the world of digital which relies on so many evolving ideas, skills, business models and ways of working.

Yet in a world where things are so highly complex and rapidly changing, it’s vital that teams are completely aware of what each other is doing – communication and collaboration, as well as individuals taking individual responsibility for their work, are needed to ensure that activities are properly aligned, everyone pulling in the same direction. It’s really hard to do – and perhaps that’s one reason why so much focus has been on collaboration: individual contributions are assumed; it’s a constantly connected team that can be aware of and adapt to changing circumstances that is often seen to be the key to unlocking value.

I see endless articles – many of them excellent – focused on helping individuals find techniques to increase their productivity in this environment (checking emails only at certain times; mindfulness tools for focus in a distracting environment; hiding in the local Starbucks). Most of them are about limiting the collaboration to enable focus.

But rather than limiting collaboration – treating the symptoms – could we instead focus on improving the process of collaboration – making it more purposeful, more effective, more focused?

Meetings, in particular, are a massive drain on resources. We’ve all been to too many meetings where there a several people around the table, one or two people dominating, some not contributing or actively on their phones/laptops/tablets doing email. Maybe 20% of the resource in the room actually being used and outcomes are at best vague.

This is where the Lego comes in – specifically the Lego® Serious Play® method which I’ve been increasingly using with clients.

With LSP, a facilitated thinking, communication and problem solving method, developed over the past 15 years, which uses metaphor to bring intangible ideas into the real world, meetings are carefully structured around a clear objective; everyone works individually first, building a model to respond to the challenge set by the facilitator; everyone then describes their work; and only then does discussion start.

The playful combination of using brain and hands unlocks knowledge and ideas in the individual; and the process gives an opportunity for individual concentration before sharing.

Everyone’s ideas are heard and, importantly, seen and examined – and when discussion happens around the ideas, it’s focused on physical models which everyone can see and point to and move around and – where appropriate – alter. Even typically introvert team members are more forthcoming as they have time to think and discussion is based around the models, not around the people.

It is hard not to stay deeply focused on the task – the whole group working together in a concentrated way – building a landscape of ideas or, where appropriate, negotiating a shared model out of their individual ideas. By the time the meeting is over, there is typically an unusually high commitment to its outcome and a much greater alignment of understanding.

I’ve found that meetings and workshops using the LSP method can achieve an enormous amount in terms of breakthrough thinking, alignment and shared understanding in a whole range of disciplines.

Maybe it’s time to ping a message to your colleagues, ask them to stop what they’re doing and let you know what they think. 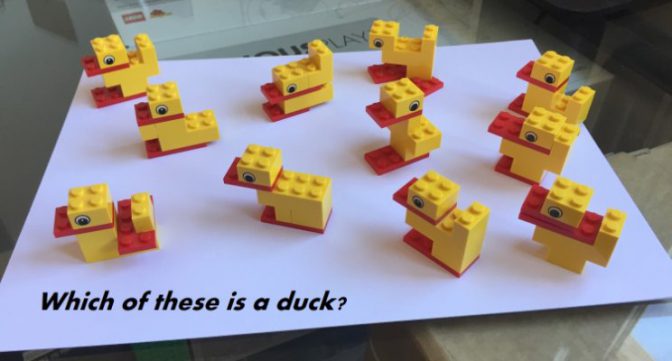 True story: a digital exec was talking to an HR exec about development needs. It took a couple of minutes before they realised that one was talking about coding and the other about learning.

A long time ago I was a journalist. A media trade press journalist, initially – in 1987 – working for an FT Newsletters publication called New Media Markets. If 1987 seems quite early to be working on a “new media” title – Tim Berners-Lee invented the WWW only in 1989 – that’s because “New Media” then referred to cable and satellite television.

As a journalist, words have a certain power – to communicate ideas, to explain, to persuade. But used lazily they also have the power to mislead, to confuse, to shroud ideas.

In the world of Digital Transformation, words seem often to be playing the latter role and slowing down established businesses in doing what they need to do – in three distinct ways.

Most obviously is the amount of constantly shifting technical jargon that makes most people think that digital is another world where you need to practice some kind of black art to survive. It encourages the view that if you are not ‘digital’, then you should leave it to the youngsters. It’s difficult to avoid because new things are constantly being invented and they need words that the relevant people can use to talk to each other. But can also be an excuse for senior executives not to engage in a fundamental shift in their business. So, it plays to laziness.

The second way words confuse is through differing uses of the same words in different organisational silos which increasingly need to work together to deliver transformation.

This is not just a digital problem. I see this all the time when delivering LEGO® Serious Play® workshops where people build out models of the concepts they want to explain. When I describe something, I have a picture of it my mind; but your picture may be very different*. We rarely have the time to properly understand each other’s different understanding of the concepts behind words – so can set off in different directions having thought we all agreed.

In digital transformation, where everything is new and evolving and with so many moving parts constantly in flux, this is a more acute problem: I was fortunate to witness a Digital executive and an HR executive talk for (I think) just under three minutes about ‘development’ needs before they realised that one was talking about training and the other about coding.  (This is one of many reasons (although probably number three or four on the list) why Transform and Roffey Park are collaborating to bring HR and Digital people together in October to understand how they can help each other move to the next level of Digital Transformation).

But possibly the most interesting way that words influence us is in their hidden meanings; meanings which can be emotional and personal – and therefore different from individual to individual. For example, I’ve had a number of conversations and read a number of articles this year about the use of the word “Transformation”.

It’s true that the many organisations need to make changes, the outcome of which would mean that their organisations would be completely different – transformed, even. But is the transformation a thing to do; or an outcome? It’s possible that the word isn’t helpful; that it’s a reason not to engage and make change happen.

I’ve heard several reasons why this might be the case:

But let’s say we expand the words to a more precise idea that describes the need to adapt your business to a world in which digital technology is changing the way customers want to interact with you; where the transformation is the result of doing the things you need to do across the business to adapt to these changes. Would it then be easier to talk about how to use digital technology to solve business problems, create better products, provide a better or service for customers or reduce costs?

Words really do matter because they are shorthand for ideas and we may all hold different understanding of those ideas in our heads.

At a time of change, getting beyond words as convenient labels and knowing when to pause and ensure a proper two-way communication of the underlying idea behind the words is vital.

* the picture with this article is from a LEGO® Serious Play® workshop. The participants were all given the same six pieces of LEGO® and asked to build a duck. If, with such a simple instruction about a well understood concept, we all build something different, what likelihood is that we will all have the same understanding of ‘customer centricity’, or ‘Agile development’ or ‘digital marketing’?