Meet the New Editors of the SeriousPlayPro.com 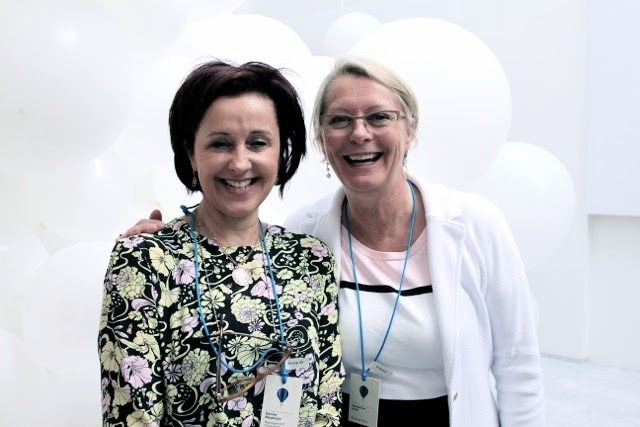 Log in to SeriousPlayPro.com, click “Add Friend” to get in touch with them and send them your ideas about new and interesting posts, case studies, research and other stuff. :-)

Denise Meyerson and Jacqueline Lloyd Smith met at the LEGO® Conference in  Billund, Denmark in 2007, while both were licensed partners for the LEGO® Systems Group. They were both appointed to the Play4Business LEGO® SERIOUS PLAY® Training Board in 2010 and trained for LEGO® as Master Trainers in the methods of LEGO® SERIOUS PLAY®. Denise and Jacquie were early adopters and leaders in bringing LSP to Canada and Australia when the methodology was still quite unknown. Jacquie continues to serve the Americas, based out of British Columbia, Canada. She is the principal for Strategic Play® Group Limited. Denise continues to serve Oceania, based out of Australia.  She is the principal for Management Consulting International (MCI).

Denise has been involved in the corporate training industry for over 24 years and has served in a range of consulting capacities. She holds a Masters Degree as well as a PhD in English and has been appointed an honorary member of City and Guilds, the largest examining body in the UK, in recognition of her significant involvement in and contribution to vocational training and education.  In 2015 the
Australian Institute of Training and Development nominated Denise as Learning and Development professional of the year in recognition of her contribution to the industry.  Her training company has received over 17 national awards over the past 11 years and is an industry leader.

Jacquie has worked in the field of art and play for over 25 years and taught in both art and business departments at various universities since the late 80’s. She continues to teach at the Royal Roads University in the MBA program as a strategic mentor.  Jacquie  has worked as a therapist, psychometrics, director of operations and management consultant.  She holds two Master’s Degrees in Conflict Analysis and Management and an MBA . She is a registered Art Therapist (ATR) and registered as a Canadian Management Consultant (CMC). She has also won awards for her work including the LEGO® SERIOUS PLAY® Business Growth Award in 2007.

Denise and Jacquie are passionate about LEGO® SERIOUS PLAY® and continue to work as Master Trainers, collaborating in the field and writing about their efforts.  They are excited to be joining forces once again to work with Marko Rillo in order to continue the growth of the successful Serious Play Pro community.